Kombucha seems to be everywhere at the moment, even in Edinburgh. I first tried it in London, where these new things always seem to start, from Whole Foods as you could probably guess. But now there’s a company in Glasgow making the stuff and doing very well at it it seems (Clever Kombucha).

Kombucha is fermented tea, which adds to the variety of fermented foods we can now buy like sauerkraut and kefir. Fermented foods are popular as a way to get good bacteria, also known as live cultures (probiotics must only be used for specific strains with proven benefits), into the body to help the gut. Even live yoghurt is a good source of probiotics, so you don’t necessarily need to reach for things like kimchi and sauerkraut if they’re just not your cup of tea. I’ve made a bit of sauerkraut before too (see post here). 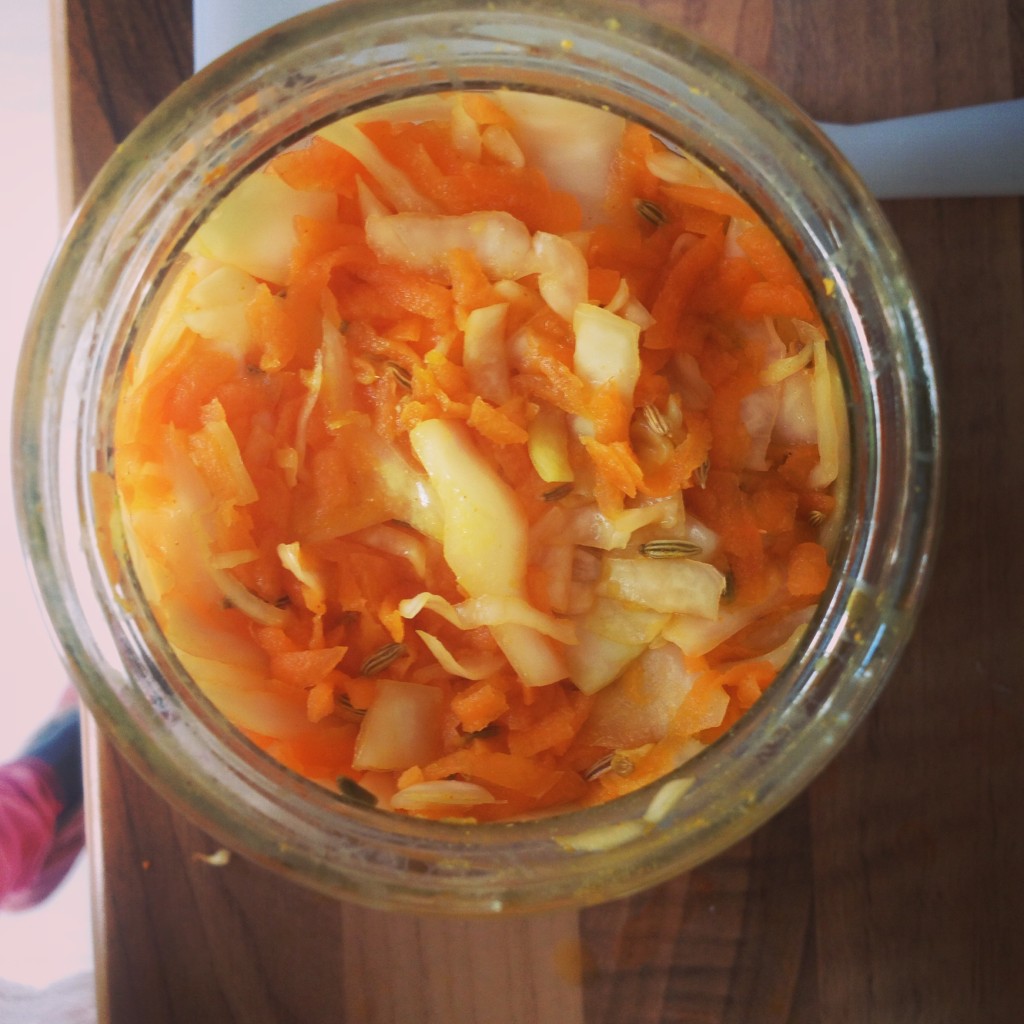 The foods we eat can have a big impact on our gut and the bacteria living there, so it does help to pay a bit of attention to it. This ‘Western diet’ that most of us in the UK consume isn’t said to be very beneficial for our gut health, with the overall lack of fibre and high intake of processed foods, which can be really detrimental to our gut bacteria.

Kombucha may be a craze, but if people are drinking it and helping their gut bacteria out a little then I’m all for it. It’s quite expensive per bottle, so I’ve taken to making my own. I did have to buy a funny looking thing called a SCOBY (symbiotic culture of bacteria and yeast) from ‘Happy Kombucha‘ but after that it’s just been tea bags, sugar and water. The SCOBY is the equivalent of a sourdough starter, as it contains the natural yeasts and bacteria that are needed to get things brewing and fermenting. You start off with a “mother” SCOBY, and over time another grows alongside it – the “baby”. This means that you can start making 2 jars at a time or donate it to a kombucha lover to start their own homemade brews. 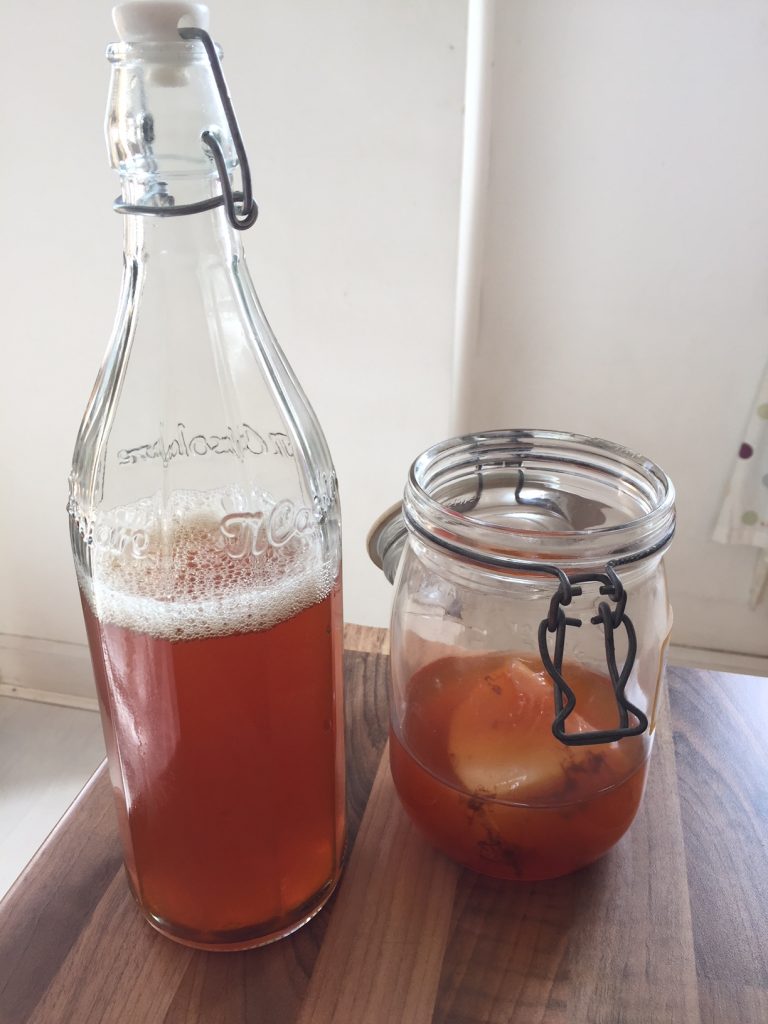 As I said in a previous post, the starter pack I got came with a very lengthy and, in my opinion, quite poorly written instruction manual, but I’ve found it all very easy to do. I haven’t started putting flavourings in it yet, but my baby SCOBY has grown as it is supposed to and it’s making a nice (/slightly strange) tasting drink. The fermentation process is said to take anywhere from 5 to 18 days, which is a really big margin, but you’re supposed to just decide when it tastes like you want it to. The longer it brews the more fermented it will taste, so play around with the timings a little. Don’t go overboard though. Remember that you are growing bacteria, and some of this might not be the good stuff. Brewing for too long and being unhygienic in your brewing practices could lead to the growth of mould or other bacteria that you wouldn’t want to be drinking. Follow instructions and keep things as clean as possible, and pay attention to the smell, taste and appearance of your kombucha.

Live cultures might not benefit everyone, but a good kombucha is tasty and worth having a go of.