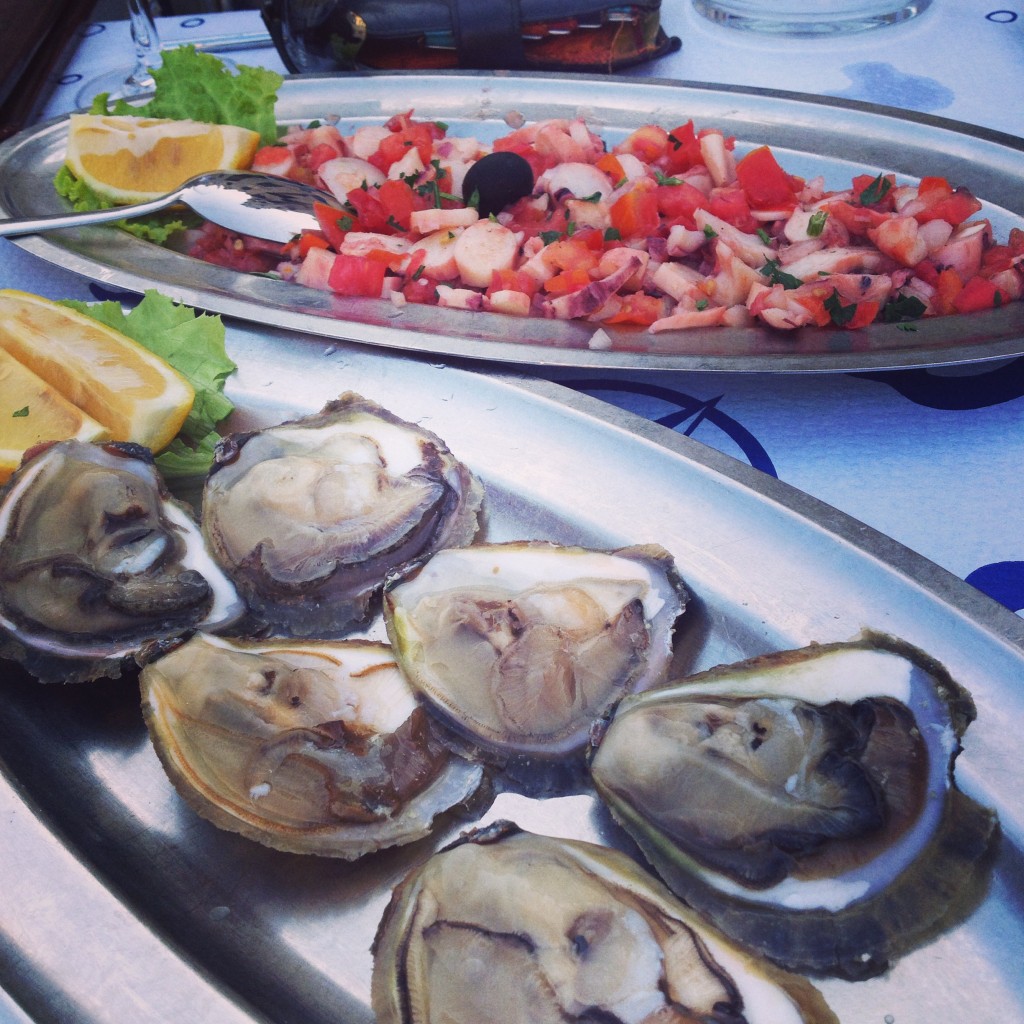 Last week I spent a few days in Dubrovnik, soaking up the sun, wandering the beautiful streets and, most importantly, sampling the wonderful food. One of the perks of staying on the coast is the beautifully fresh seafood on your doorstep. Not literally, although one evening we did see a man march out of his front door with a giant pronged stick and return 10 minutes later with an octopus stuck to the end of it!

We tried every kind of seafood we could, from octopus to oysters, often going back for more. The dishes were simple and briefly cooked if at all, with even the batter on the calamari being as light as you like. 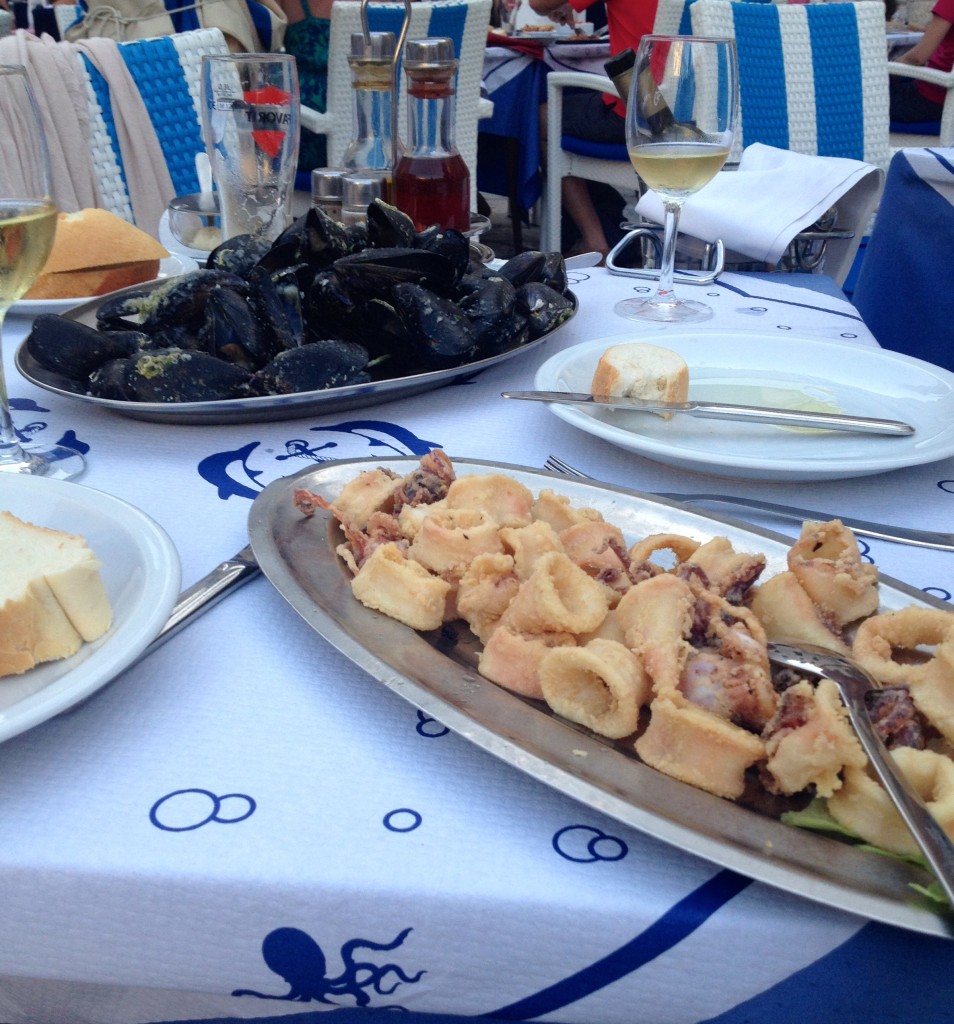 A particular favourite was the black ink risotto with cuttle fish, topped with just a squidge of lemon, delicious.

The octopus salad was served with some chopped fresh tomatoes, red onion, parsley and lemon. Simple and tasty.

One of the non-seafood dishes we tried was a traditional Dalmatian spaghetti dish with figs and parma ham. Ever had fruit in your pasta?! It’s definitely one I will try making at home with plenty of olive oil and garlic.

Bosnia is just round the corner from Dubrovnik so we didn’t think we could leave without trying some Bosnian food. It was carbohydrate and cream cheese heavy but I had the best flatbread I had ever eaten. 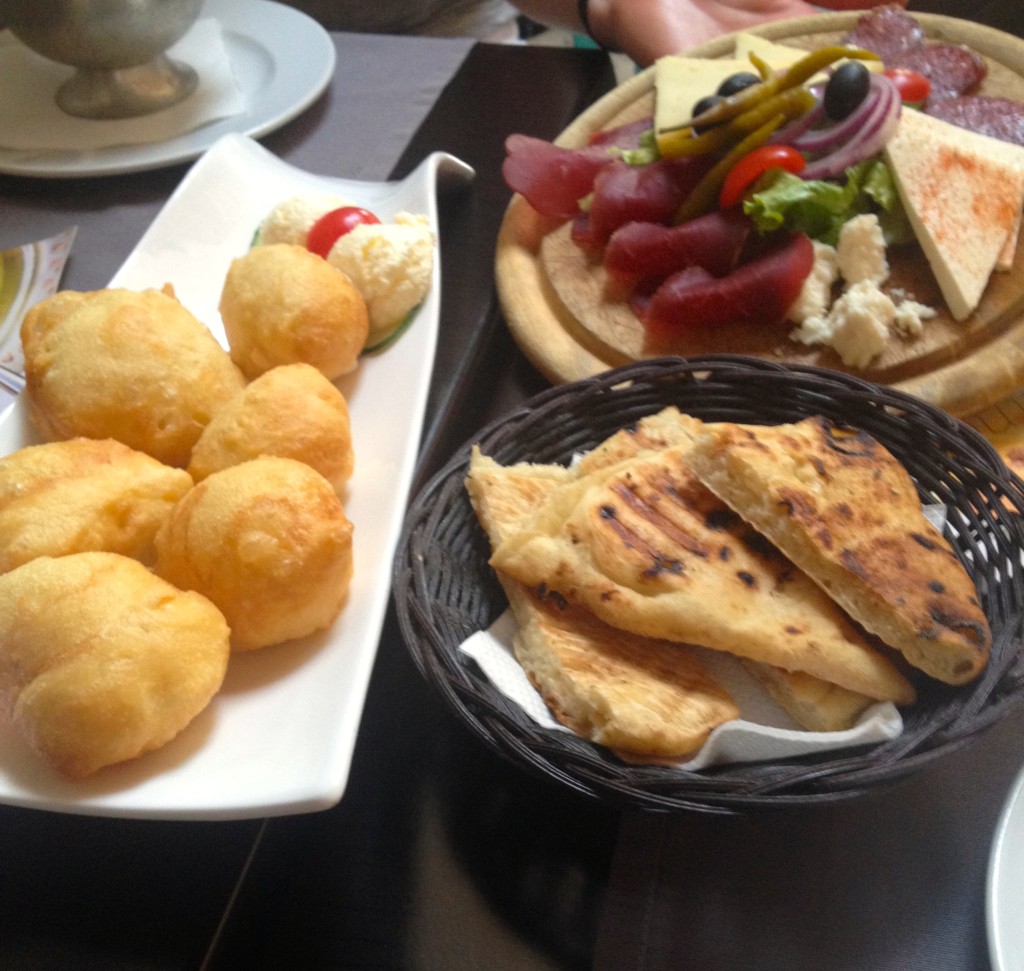 It was a nice change for the week but seafood will win me over every time.