I feel incredibly lucky that I was able to get away on holiday in early March before any type of lock down for the Covid-19 pandemic kicked in. I booked a trip to Alabama and New Orleans with my fella what felt a long time ago, and it was definitely our most organised holiday to date – all the more to look forward to!

New Orleans was high on our list of places to visit and because we were flying to the USA, we wanted to make the most of it by staying for at least a week. This felt like a bit too long to stay in ‘N’awlins’, so we decided to head out to the beaches in Alabama for a slightly more relaxed long weekend before hitting the big city.

We had one night in New Orleans when we first flew in and headed to the highly recommended ‘Mother’s‘ for dinner. This is a top pick for a po’ boy – French bread traditionally crammed full of roast meat or seafood. We tried a few po’ boys on our holiday and the one from Mother’s was my favourite. An allergy to the oil used for frying meant that I had to have my shrimp choice grilled and I much preferred it to the fried fillings we had later in the trip. It was jam-packed with juicy prawns, crunchy cabbage and some mayo. Mother’s is known for its baked ham and sandwiches with roast meat and ‘debris’, which is basically gravy with all the sticky bits of meat left after roasting. 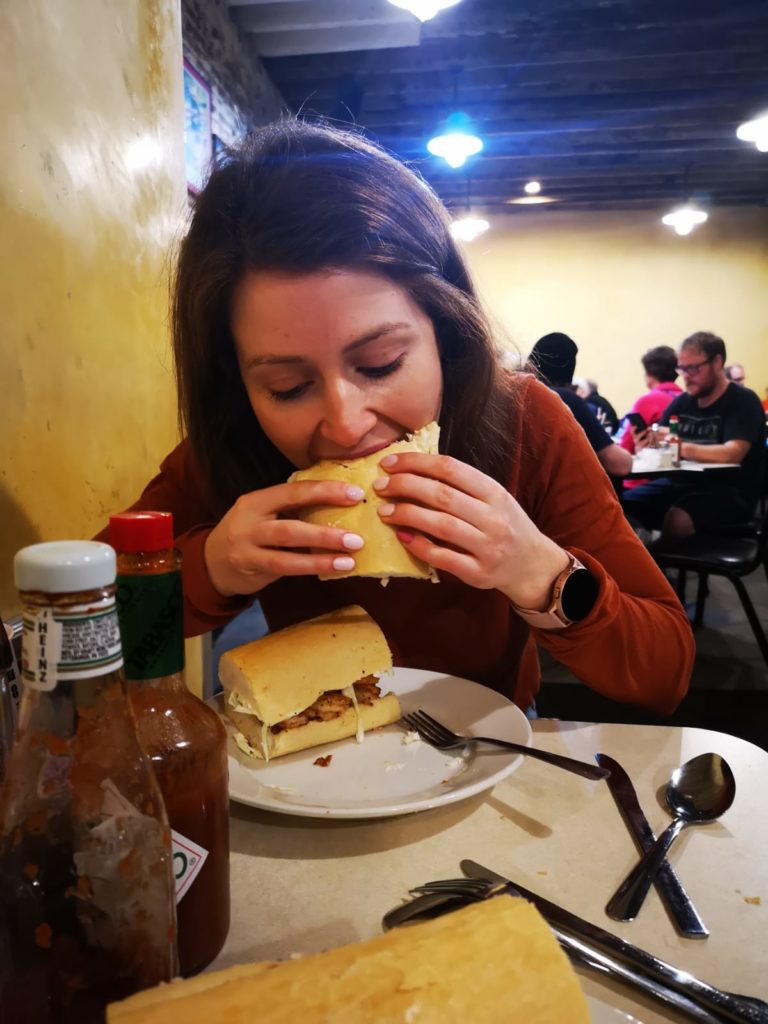 My first ever po’ boy

We chose Orange Beach, Alabama, for a bit of downtime and a change from the city. It didn’t sound exactly like the type of place we’d usually go (a bit resort-y and family-orientated) but the white beaches sucked us in. Before heading out to Alabama we grabbed our first American breakfast at Two Chicks. Great food and unlimited coffee refills really set us up for the day. 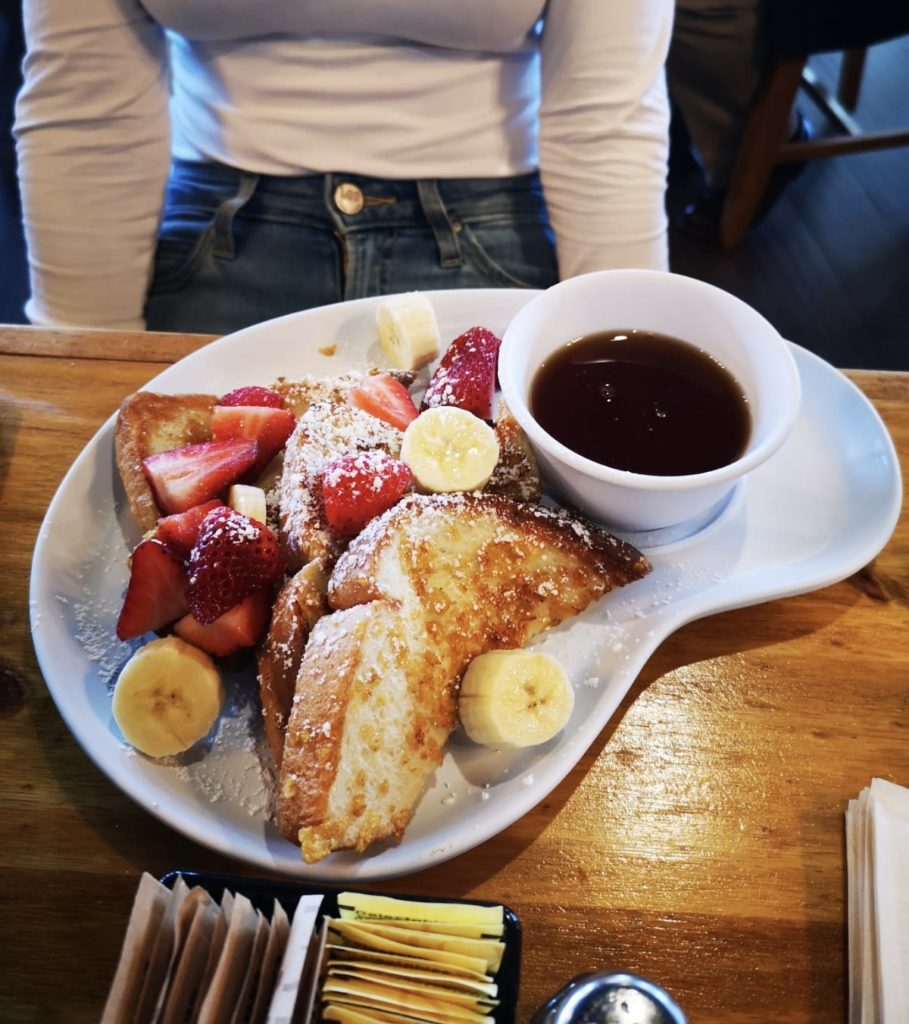 A must see in this part of the world is the swamps and Cajun Encounters swamp tours happened to be on our way out to Orange Beach. We were renting a car anyway and the swamp is less than an hour’s drive from New Orleans but the tour company also offers pick ups in the city if you don’t have your own transport. The swamps were like nowhere we’d been before and of course full of alligators and, much to our surprise, wild pigs and racoons! 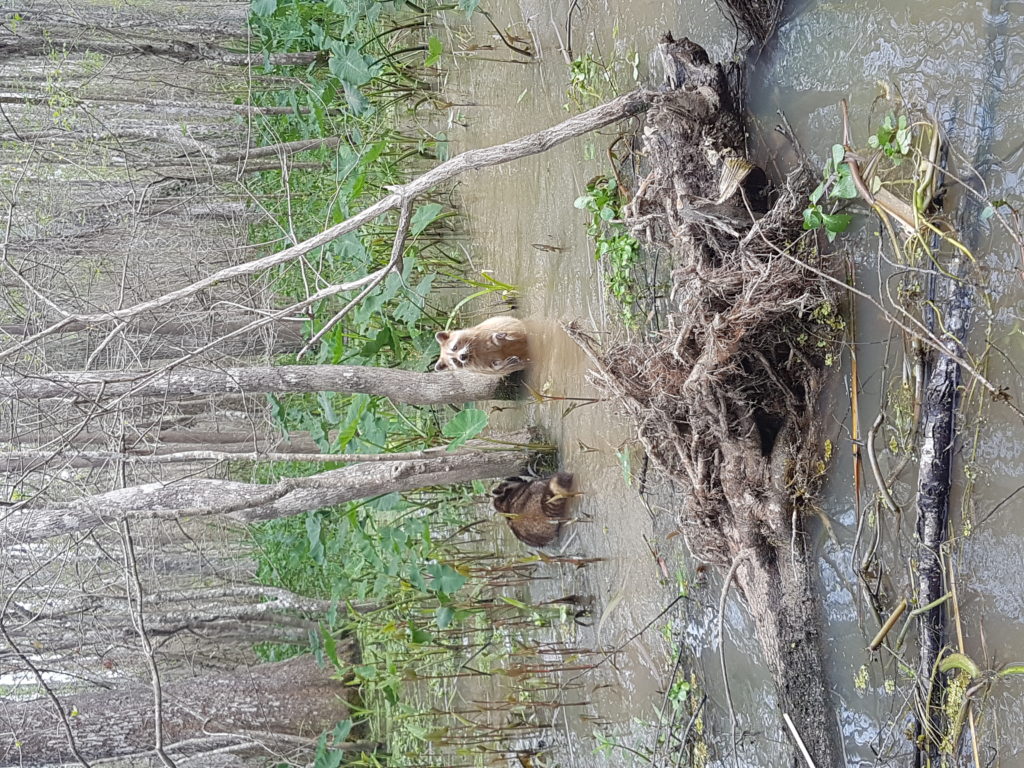 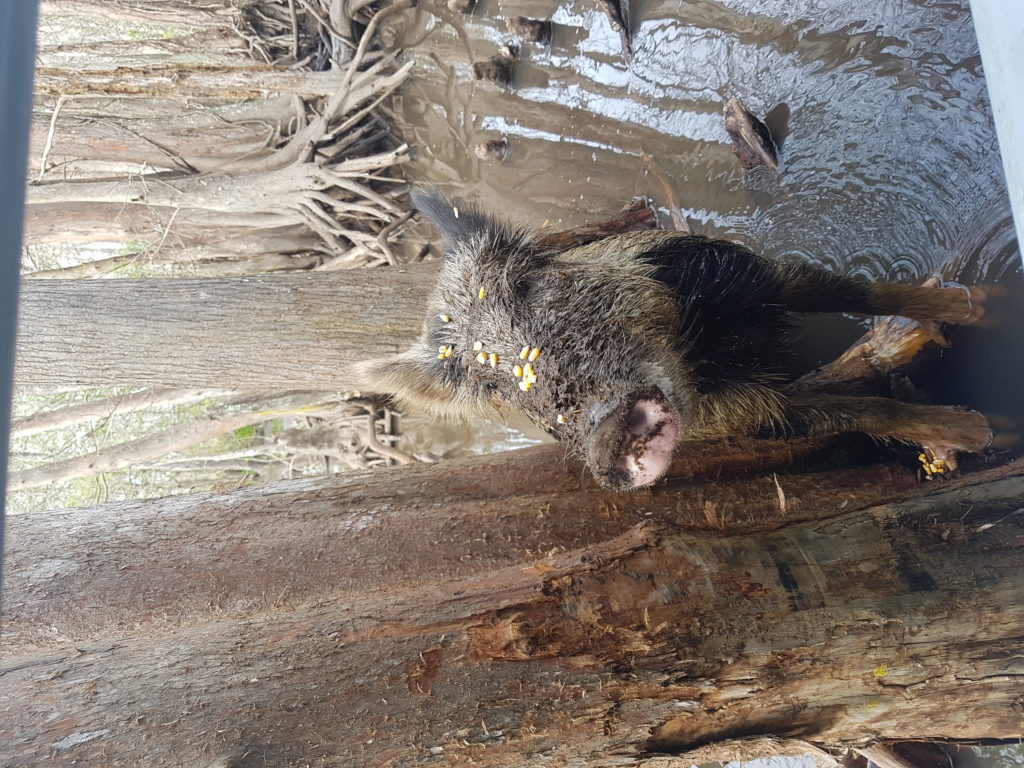 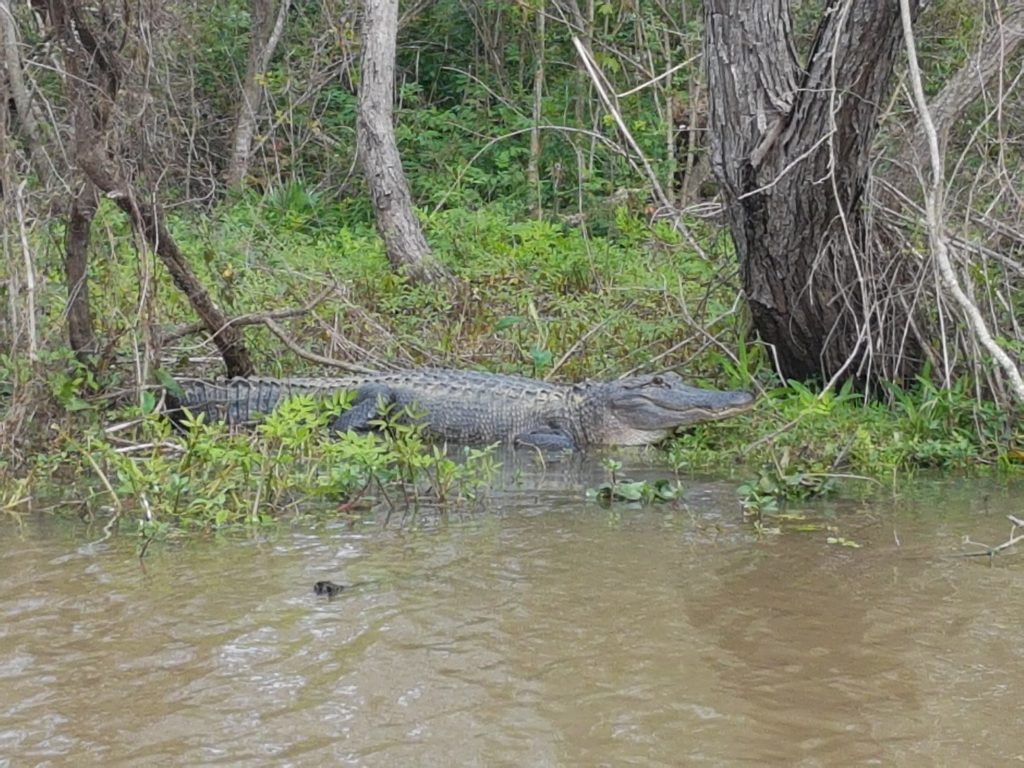 Orange Beach is just along from Gulf Shores and very close to the Florida state line. It’s full of little coves and bays and we stayed in a waterfront hotel with the Gulf of Mexico in front of us and the Cotton Bayou behind. The still water in the bayou is perfect for inexperienced kayakers, so we rented a double from Paddled by You on our last day there and ventured out. Within about 30 seconds we came across a dolphin and her calf, almost close enough to touch. Truly wonderful. 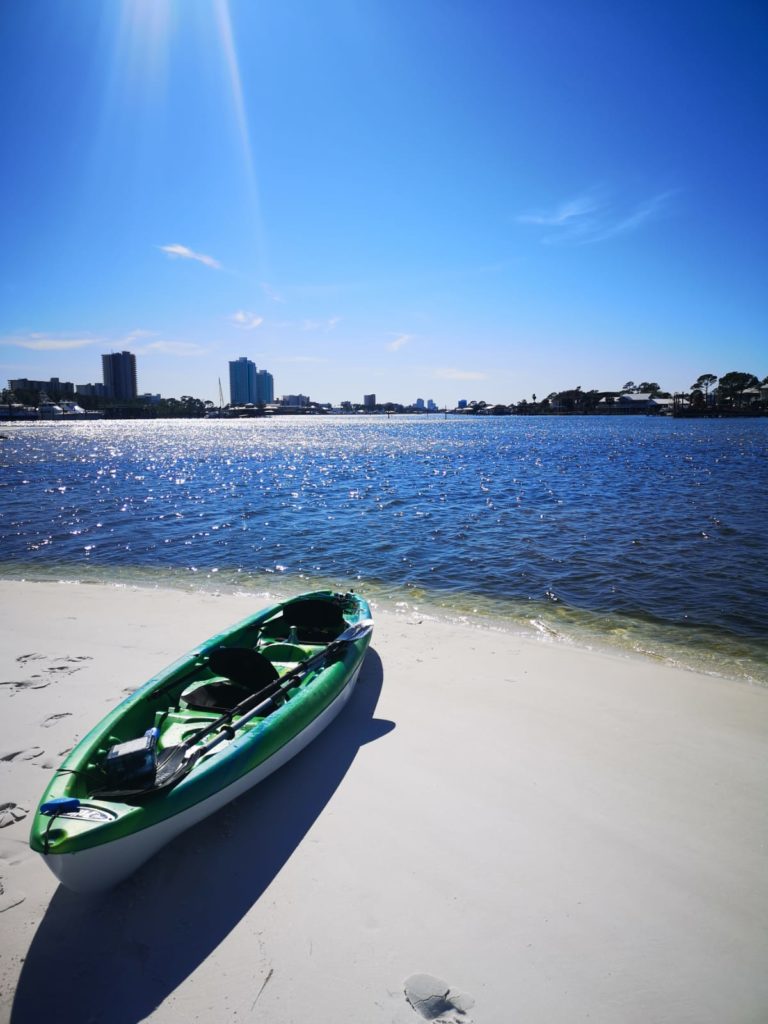 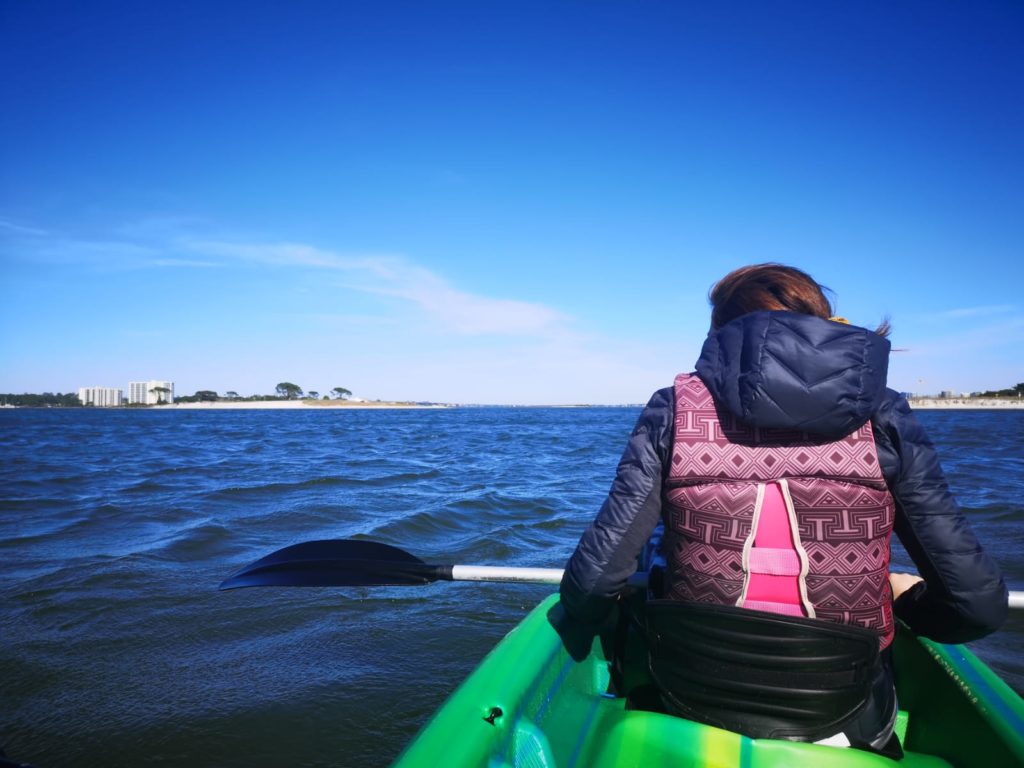 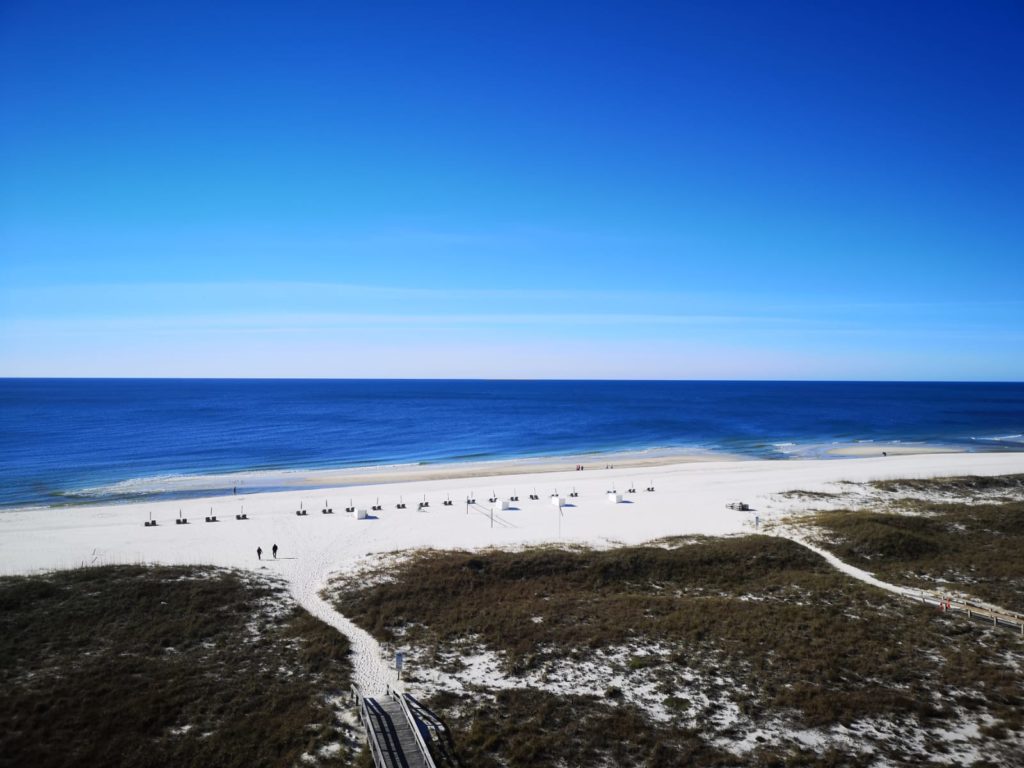 There’s a great national park called the Backcountry Trail in Orange Beach, popular for cycling and walking and with cabins and other accommodation dotted around. 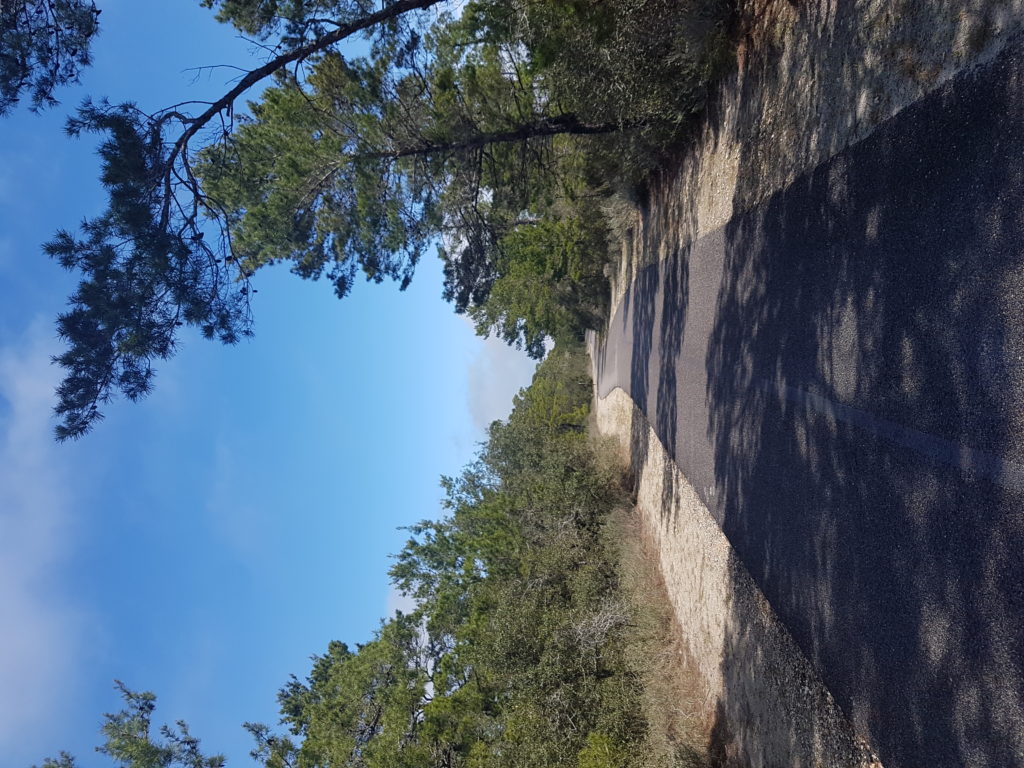 Apart from some walking and running around there and kayaking in the bayou, we just ate our way round Orange Beach for a few days and enjoyed a slow pace of life. Some of our favourite places to eat were the Ruby Slipper and Another Broken Egg for brunch, Tacky Jacks for a lunchtime offering and Fin and Fork for dinner. We also went to the Gulf Shores Steamer for our first ever crawfish boil, which had luckily just come into season. As you can imagine, the fish and seafood in the area is fantastic, so we were not short of places to get some fresh catches. 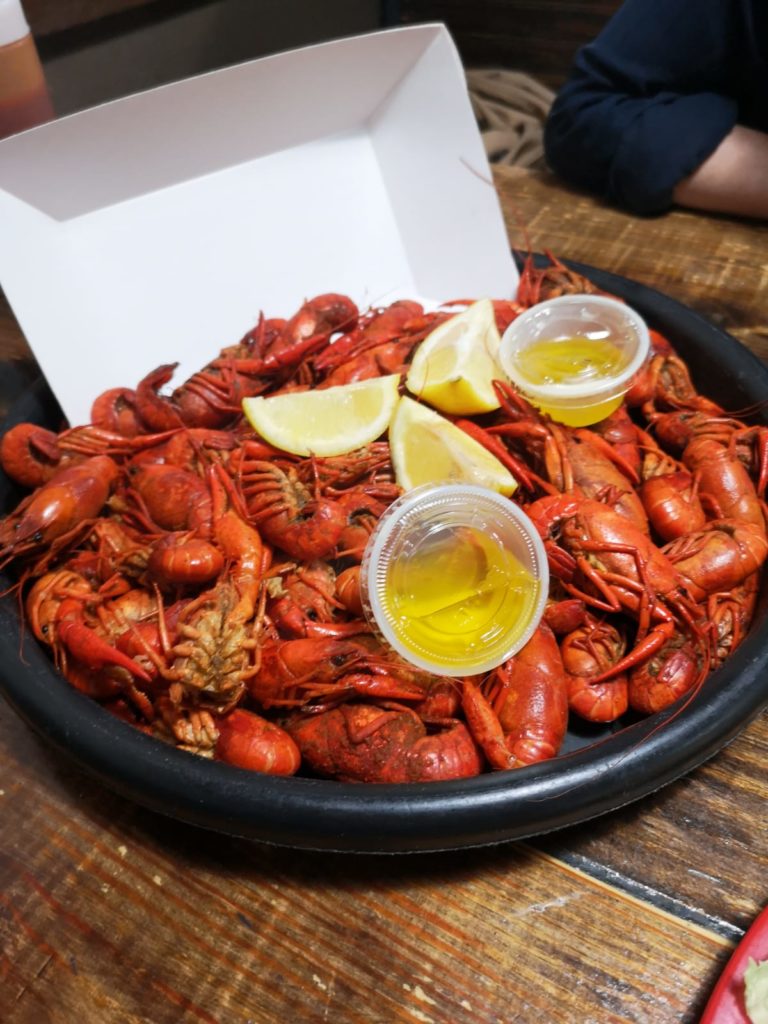 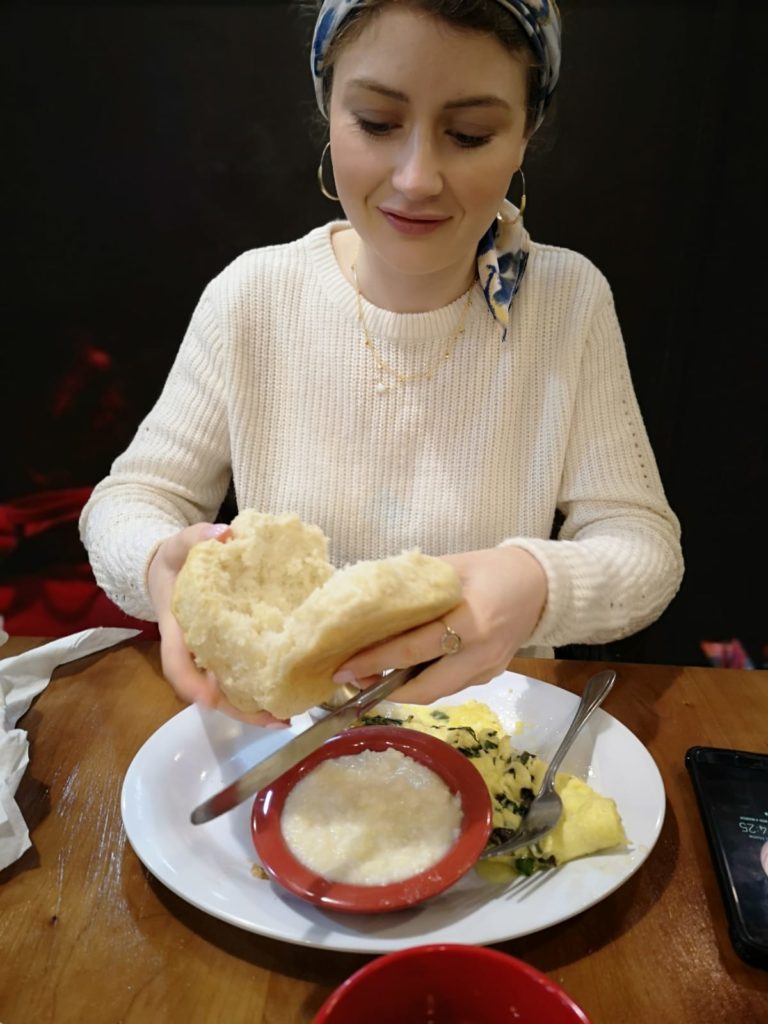 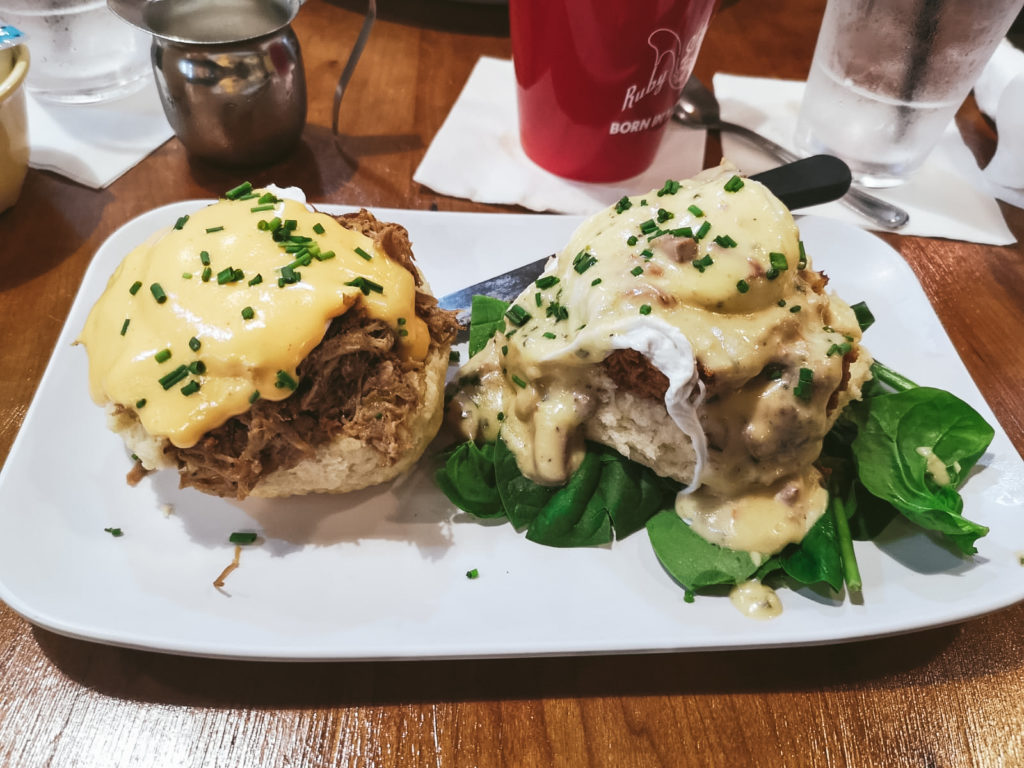 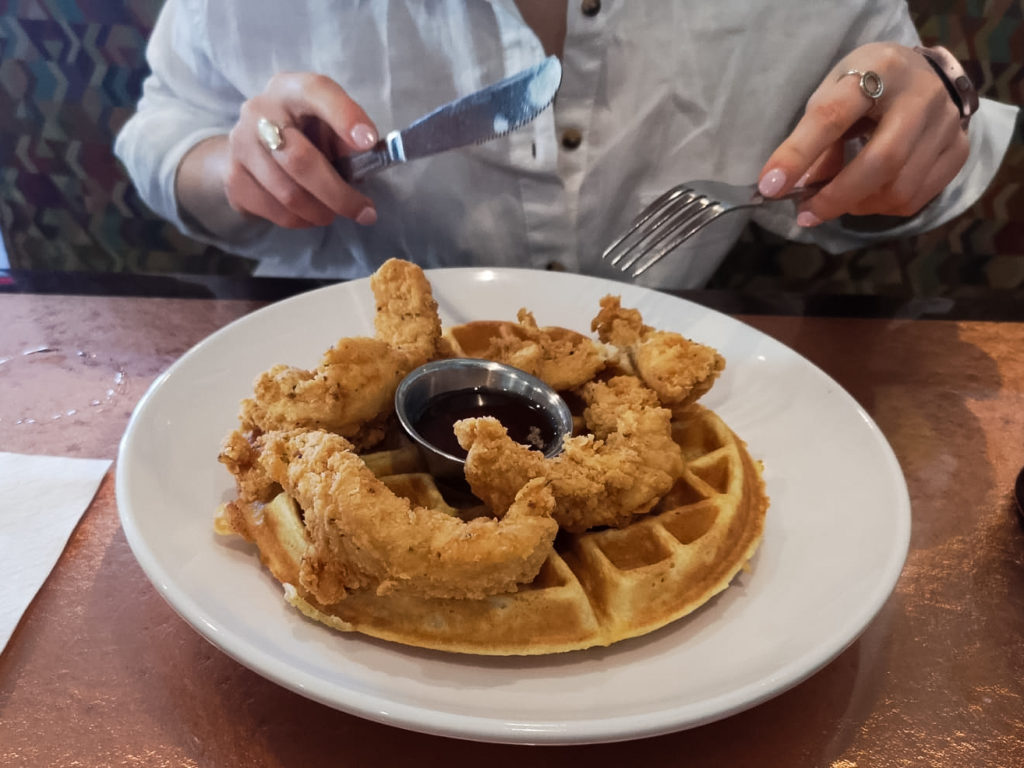 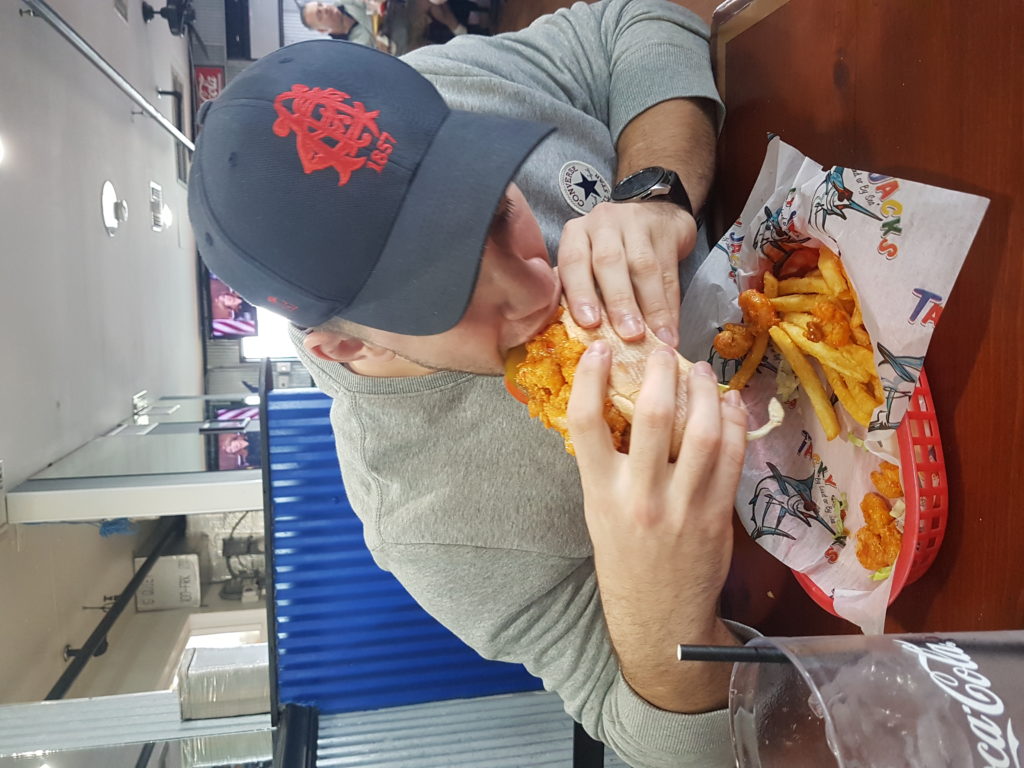 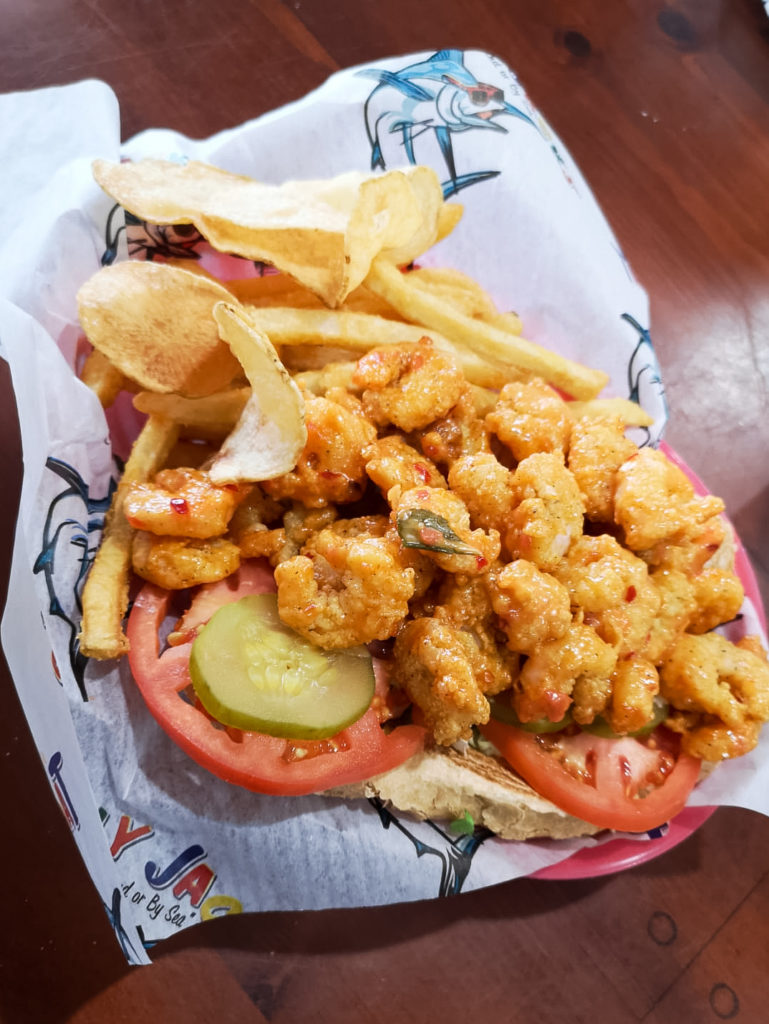 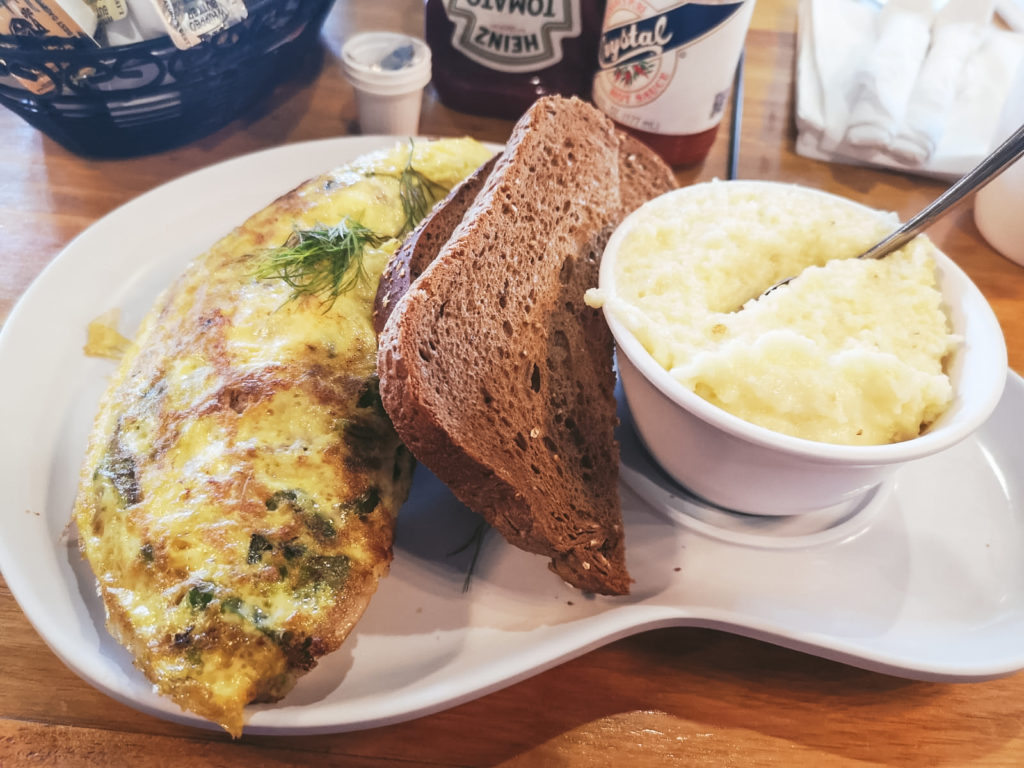 Grits were on just about every menu in the area, as they are a classic Southern cuisine dish. Each restaurant seemed to have a slightly different take on them but the basic recipe is just boiled cornmeal; a type that you can’t get in the UK. They turn into a cross between soft polenta and porridge, and make a great accompaniment to many dishes.

Just as it was starting to warm up in Orange Beach we headed back to New Orleans to drop off the car and explore the Big Easy. More to come…