When the lovely people from Honey and Co visited the Scottish Borders for a cookery demo, they said how important it was to use fresh spices and that it was always a good time to clear out the spice cupboard. I’ve been meaning to take stock of what’s in mine ever since, and moving flats recently has made it all the more timely. 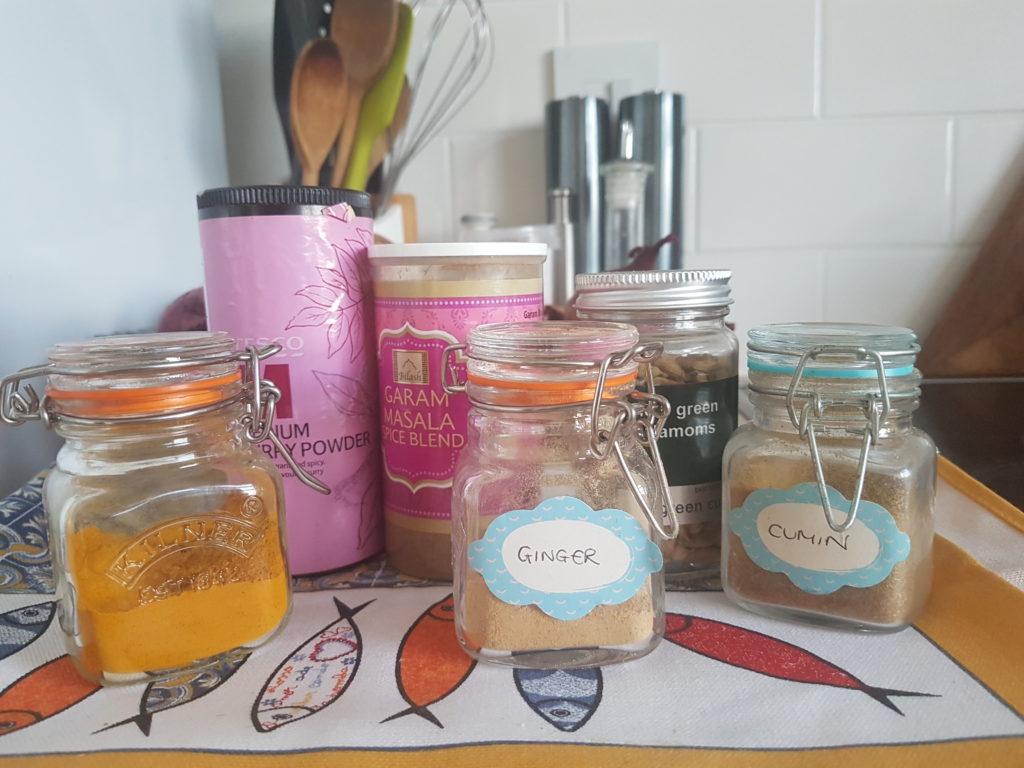 So meals in December have been thoroughly spiced! I know a lot of the spices in the cupboard have been there too long and have probably lost all of their fragrance, but I’d hate to just throw them away. Instead we’ve been making little concoctions to get the best out of them and, most importantly, use them up. 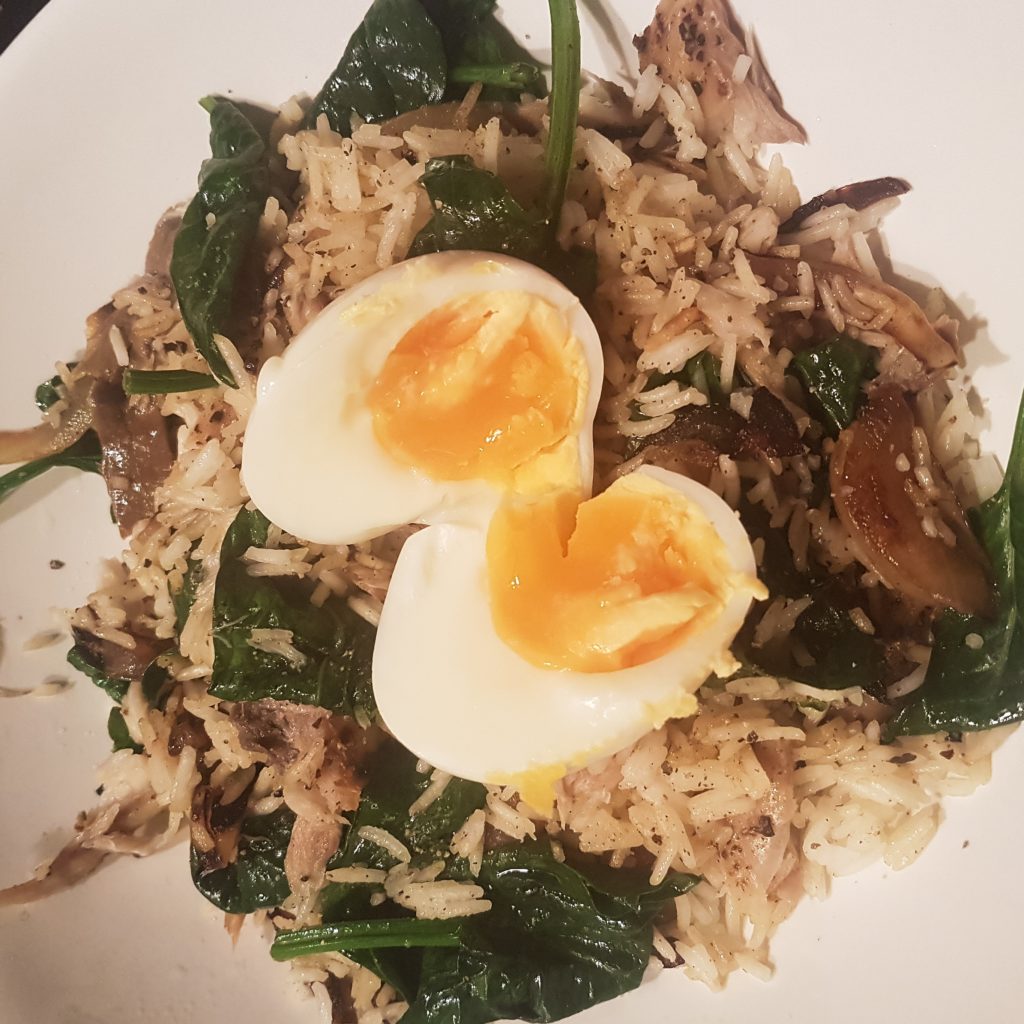 Kedgeree is a perfect way to get started, as it just uses a little spice here and there. Stir some garam masala into your onions as they cook and add whole cardomom pods to your pan of rice to infuse as it steams. I don’t usually follow a recipe for this but the new book by Anna Hedworth ‘Cook House’ has a very easy recipe to follow.

Curry obviously uses a few more spices and cooking one from scratch rather than out of a jar really helps to use them up.

Lamb tagine was something that we haven’t made before and we used a rather old looking tagine spice mix that had whole cumin seeds, paprika, ginger, coriander, chilli, black pepper and cinnamon. It turned out really tasty. 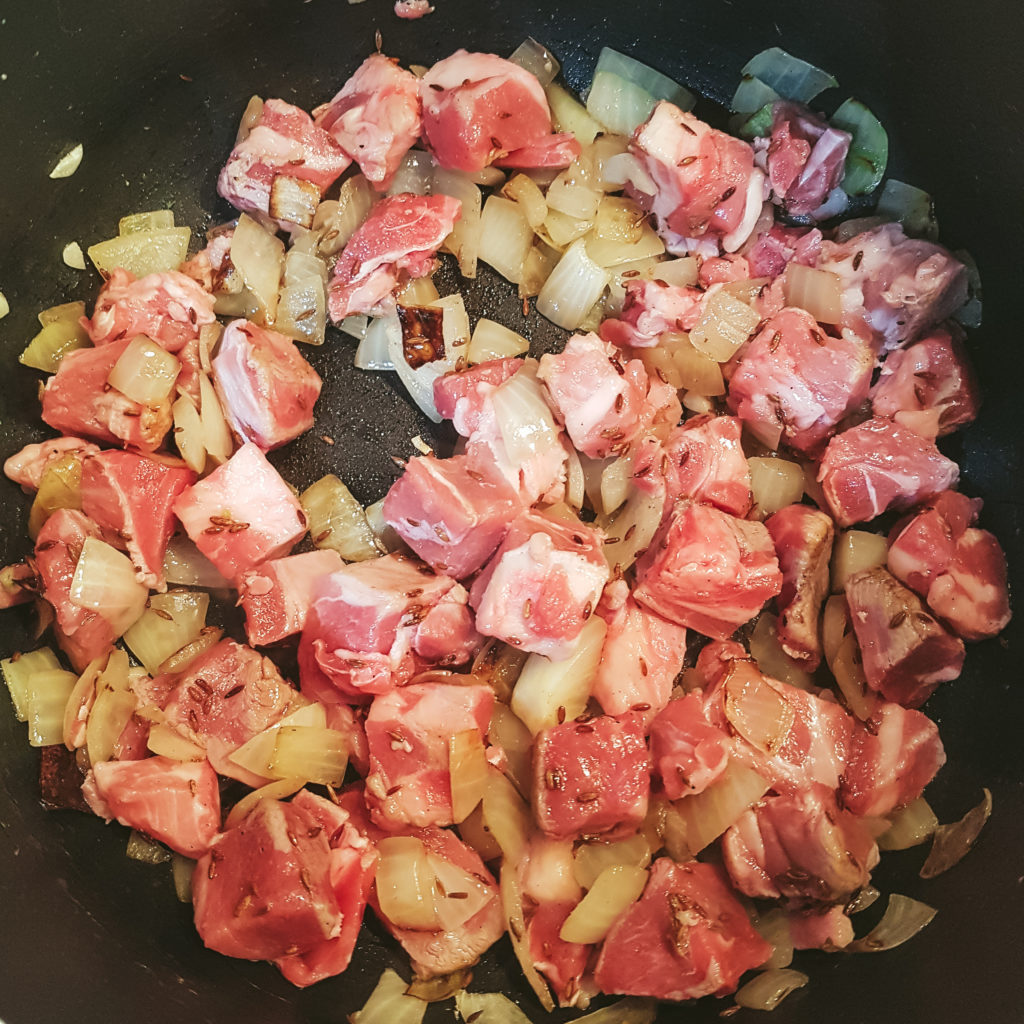 Finally, it’s hard to go wrong with a spiced parsnip soup, especially at this time of the year. Some cumin, turmeric or garam masala goes really nicely with the parsnips and gives a little warmth. 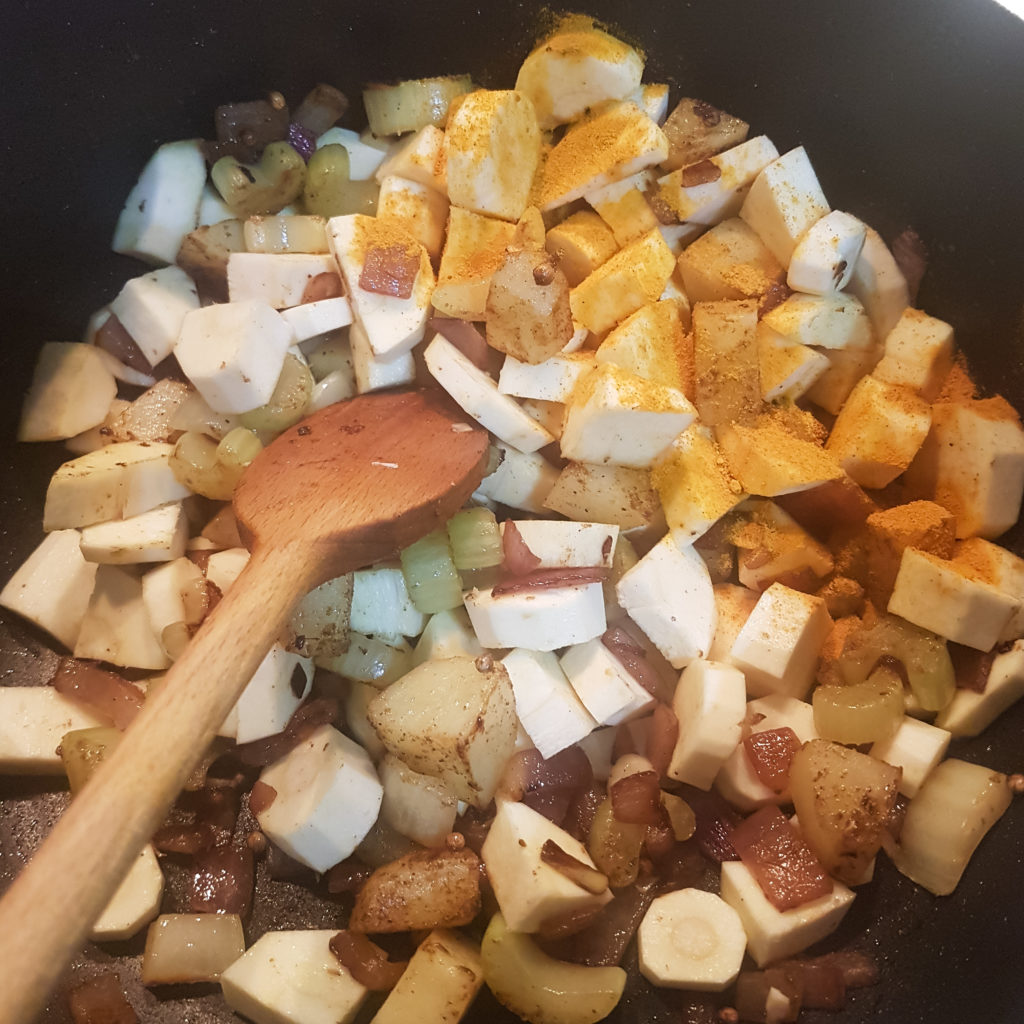 I still have plenty of spice jars to get through before I can think about bringing in some fresh ones, so perhaps a bit of baking is in order too…