I’ve made a good few fish pies in my time, but always the classic recipe with mashed potato on top and sometimes some quartered boiled eggs tucked inside. It was time for a new recipe, with puff pastry no less. The base of the pie was almost the same as the classic, with just a hint of curry, and we added lots of big prawns. The recipe suggested poaching the fish in milk that is flavoured with vegetables and peppercorns then discarding the vegetables, but I hate food waste so we chucked the carrots in too. I love a pie with a puff pastry top so this was a real winner. 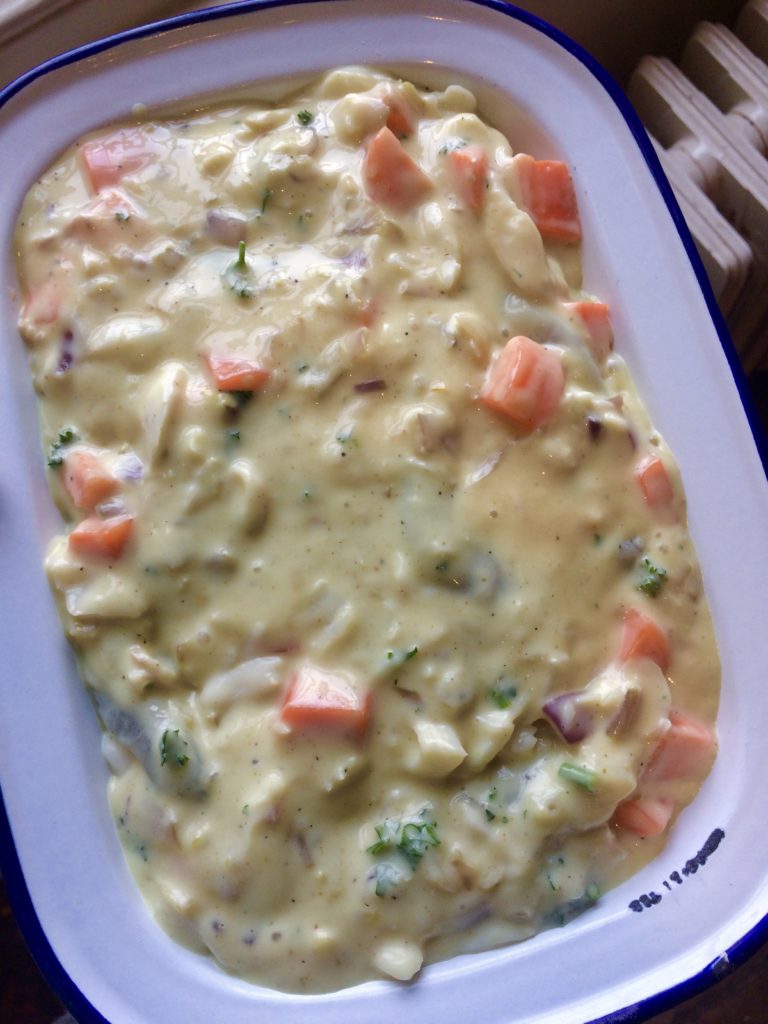 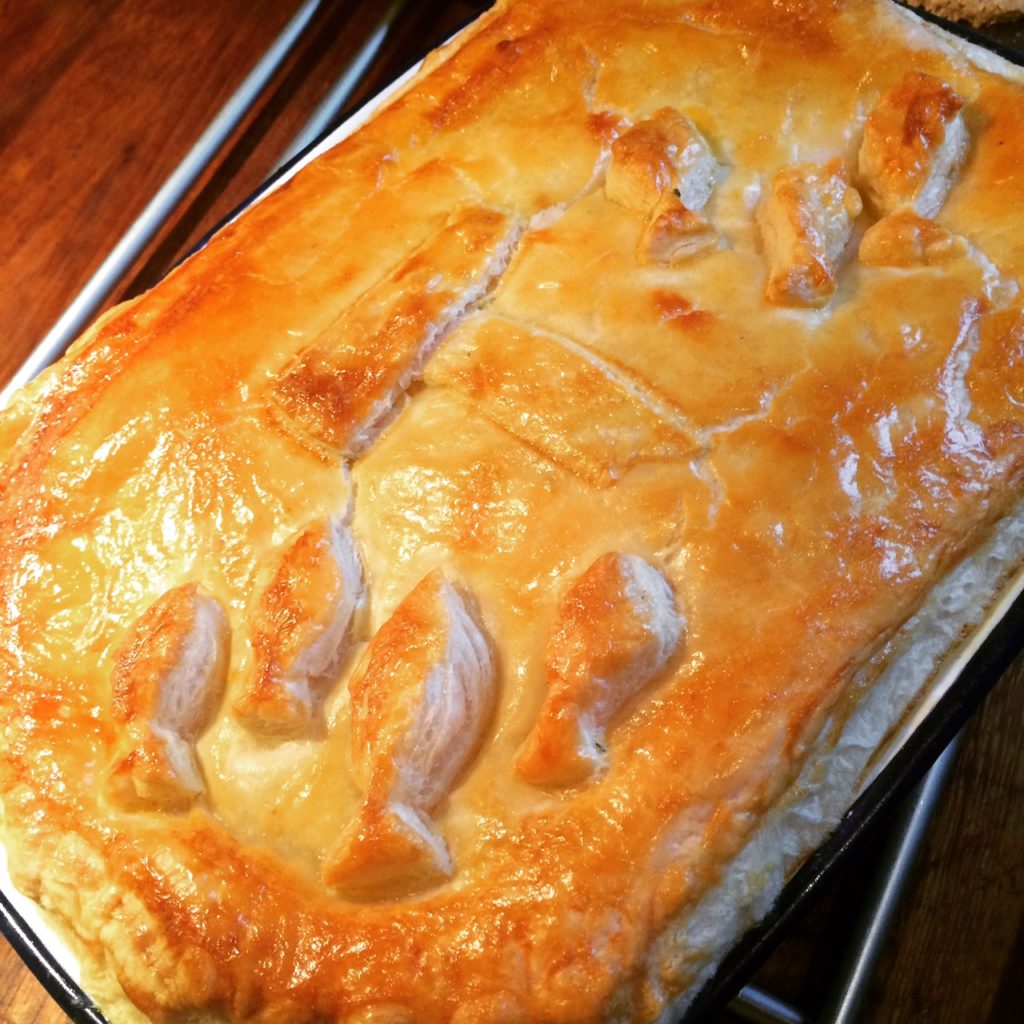 That same Sunday I tried out the oatcake recipe in River Cottage. Very easy but I found them very crumbly and they didn’t last long in their little rounds. Maybe I didn’t add enough water or oil, so I may well be trying this one again. 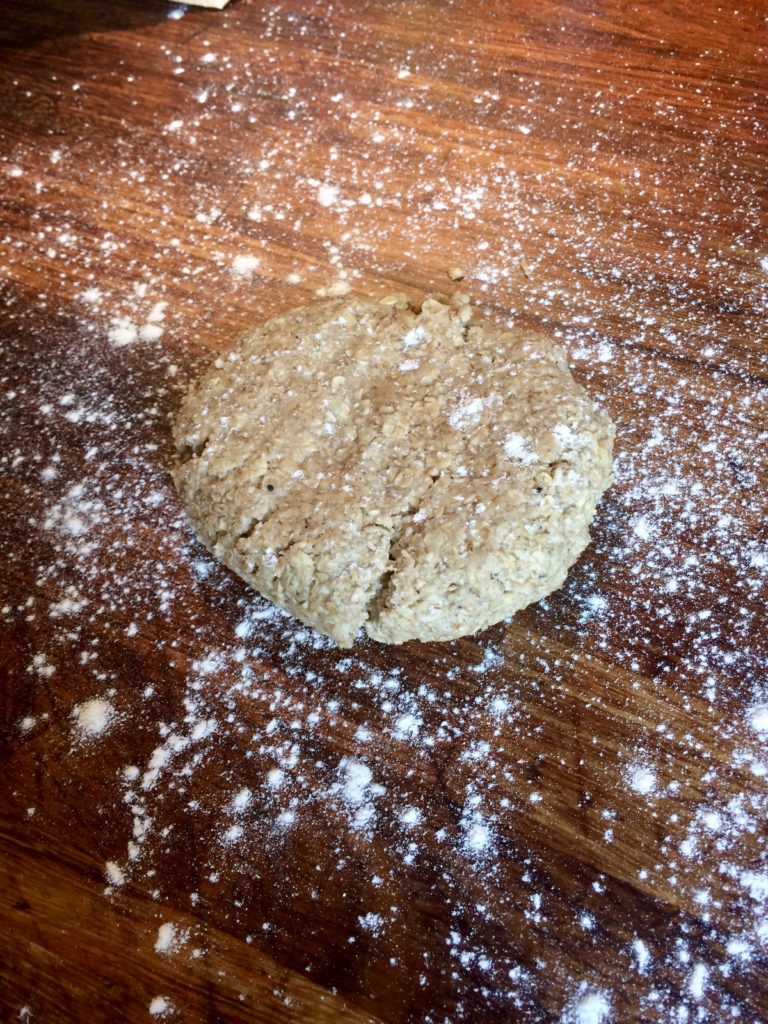 I went another week with only shopping for beetroot and ready meals so my dinners mid-week were very uninspiring. Must prepare better. But on to a weekend of brunches and lunches, rugby and cooking. Friday is fish day (sometimes, not often, but it sounds nice) so I picked up some coley and some fennel and roasted them in foil parcels. This is a really nice way to cook fish and is something that I’ve done a lot in the past. Usually I would put some couscous in the bottom and maybe some tomatoes, but the River Cottage recipe called for a more oriental take. Fennel, ginger, garlic and chilli all cooked together first, before forming the bed for the white fish. There was supposed to be a little bit of soy sauce in there but the boy isn’t a fan, and it turned out just great anyway. The juices were great over some basmati rice, and we teamed it up with some stir-fried broccoli and pak choi. 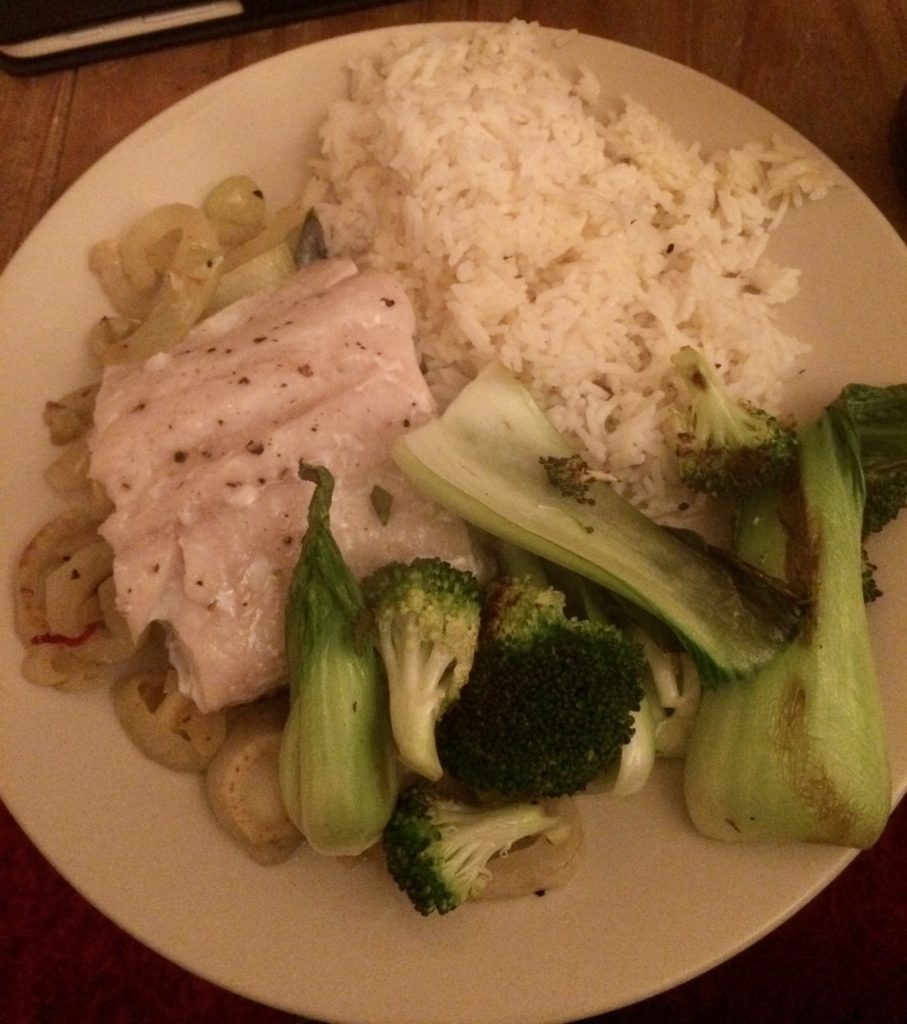 I think even the foil parcel would have made a prettier picture, but it tasted nice (although I may have gone a little overboard on the chilli).

That brings us to last Sunday, and a little bit of baking was in order. We visited the Northumberland Cheese company for some wonderful cheese soup and a ploughman’s, then hot-footed it back to the flat for the England game. 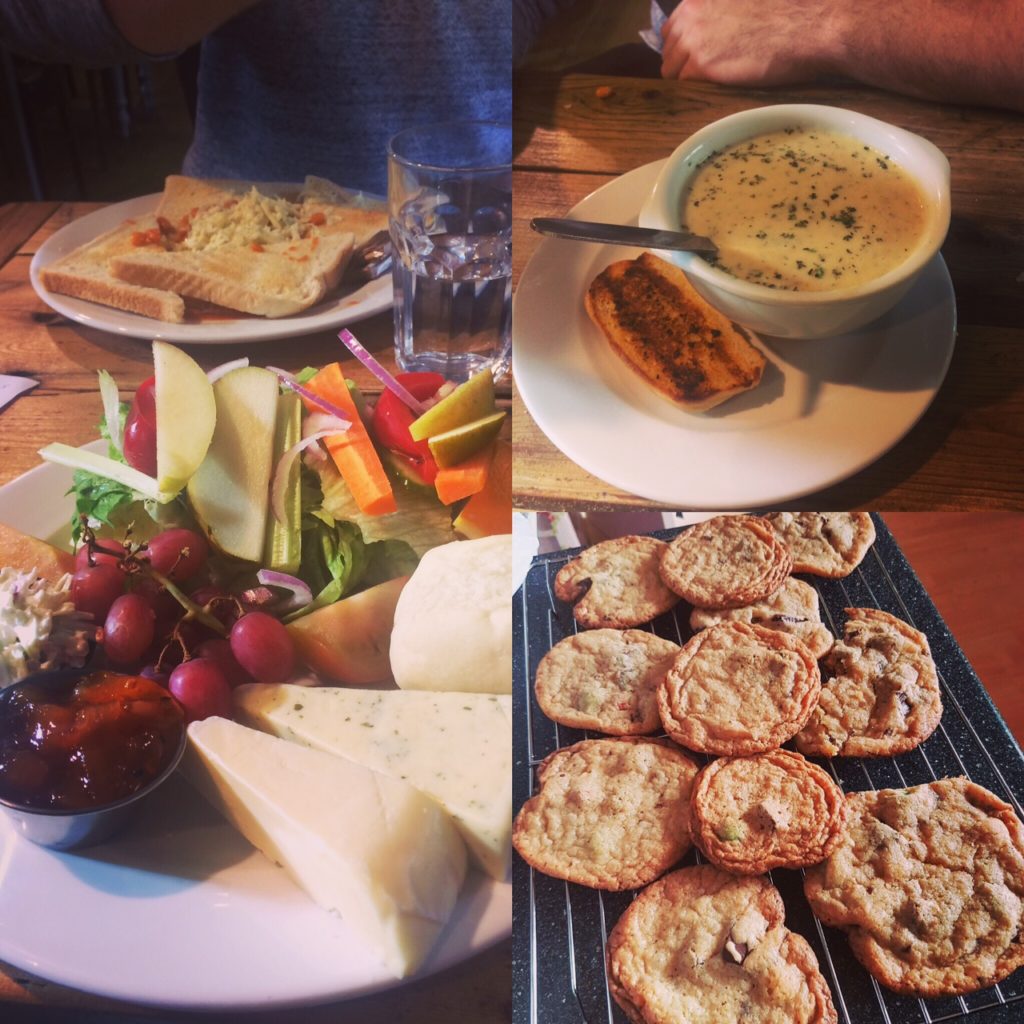 Half time snacks were courtesy of 10-minute cookies. They expanded a lot in the oven, to the point I thought I was going to come out with one giant cookie! Chunks of dark chocolate were great in them, but a handful of M&Ms also went down a treat. A little of what you fancy and all that. 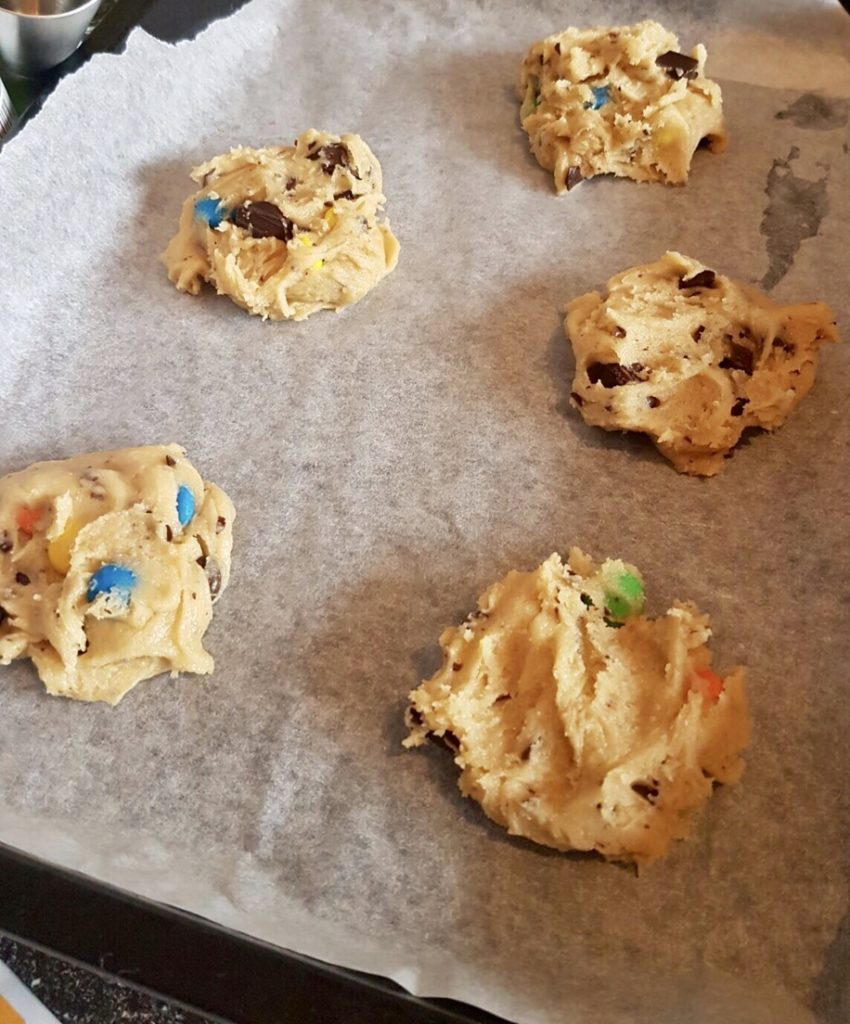 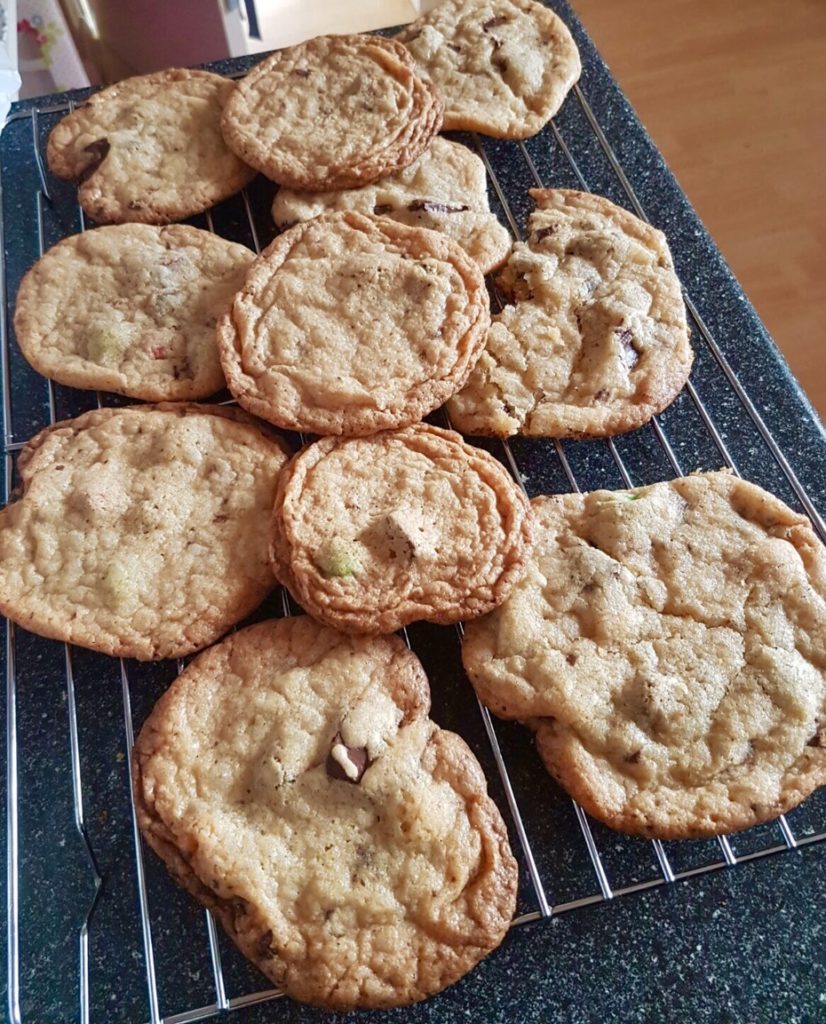 Anyone planning any baking this weekend? 10-minute cookies are a great start.