We are getting there! The colder weather has given me the opportunity to do some of the winter warmers in the River Cottage Everyday book. I love nothing more than pottering around the kitchen for a few hours with recipes that take that little bit longer to cook.

I started off with a slightly quicker one though, the Thai fish curry. I haven’t made many curry pastes from scratch, usually opting for a jar and using tomatoes or coconut as the sauce. As long as you have a good blender though, a homemade curry paste isn’t really that hard.

Mine ended up a little hotter than I’d normally like, but it made a real difference using the fresh ingredients rather than getting it out of a jar. I made a larger batch and have some in the freezer for when our next curry craving hits.

I used a combination of white fish, prawns and squid, with some extra veggies in there. Rice and a naan were a must and it all went down a treat. 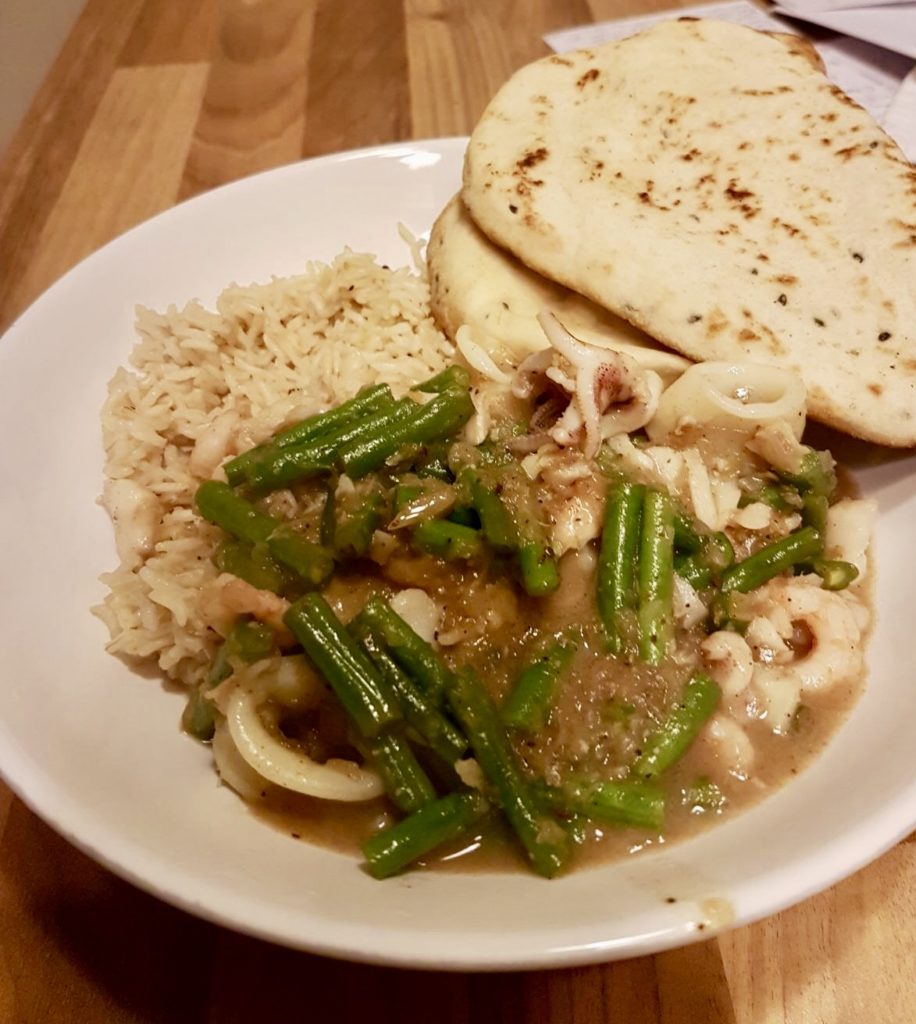 Now onto a couple of slow-cooked meaty things. I took a wander to the butcher, something that I don’t do nearly often enough, and picked up some liver and some oxtail. The recipes were very different, but both needed a long and slow cook to keep things tender.

The first recipe actually called for lamb’s heart, but I couldn’t get my hands on any, so used liver instead. The liver was “devilled”, which involved cream, worcestershire sauce, and cayenne, amongst some other tasty things, and it was really delicious. I served it with puy lentils, cooked with carrot and celery and a simple dressing. 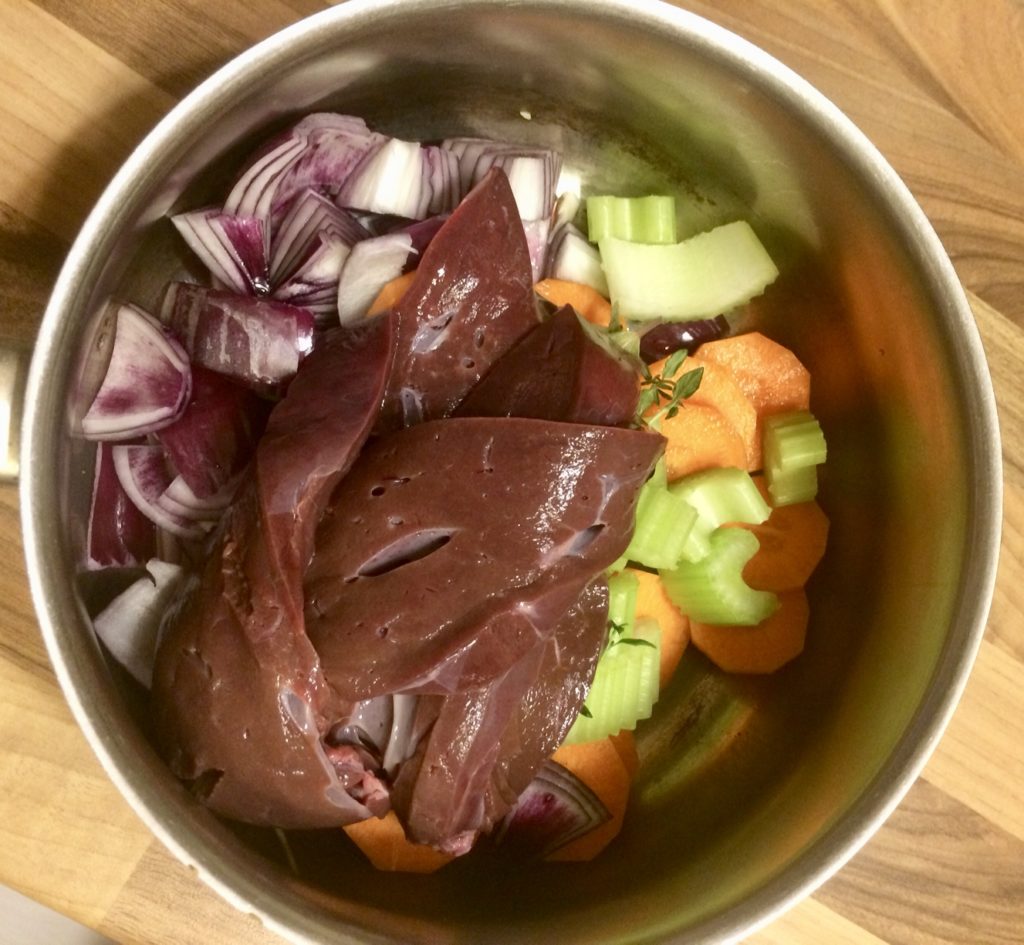 I’m not normally one for liver, but the devilling really helped, and it got a big thumbs up from the boy.

I wasn’t such a fan of the second recipe involving oxtail, but I think that might just be because I didn’t cook it for long enough. It was supposed to be falling off the bone after about 3 hours, but it wasn’t really anywhere near that and I ran out of patience. It was bloomin’ tasty (with pretty much a full bottle of wine as the cooking liquid), but I just don’t think it was worth the effort. There wasn’t a huge amount of meat, falling off the bone or not, and after more than 3 hours cooking you want a little more sustenance I think.

It was really nicely spiced, with the recipe calling for cinnamon, star anise, bay, peppercorns and orange zest. We served it with sweet potato mash and cavolo nero, and set about getting off as much meat as we could.

I imagine there will be a bit of a trend in my cooking for the rest of the year, as the River Cottage book seems to do warming, winter recipes really well. Stay tuned!