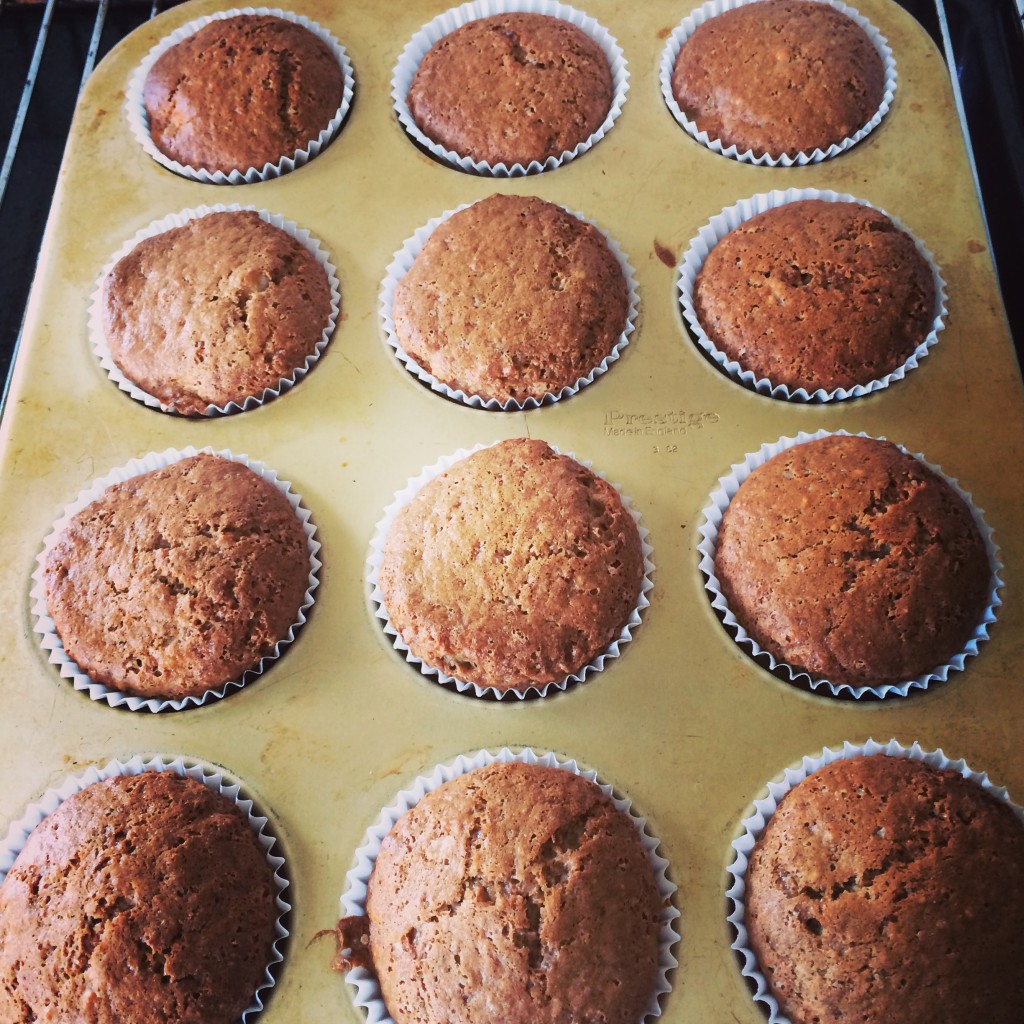 It’s not often that I’ll look for a baking recipe and not need to buy more than 2 extra ingredients. The mixture for this recipe also happened to be the quickest and easiest. Ever. The recipe is adapted from “Top with Cinnamon” by Izy Hossack, a blogger turned author, and was the perfect way to use up things in my cupboard that had been there too long. I only needed some sugar and some almond butter. The recipe was designed to be dairy free, but I had regular semi-skimmed to use up, so that’s what went in. I played around with the combination of flours, so feel free to do the same.

This really is two recipes in one, as I had to make some almond butter due to a lack of it in the shops. It’s super easy though, don’t fret.

For the almond butter:

80g buckwheat flour (I used this)

2 tbsp ground flaxseed (I used this) 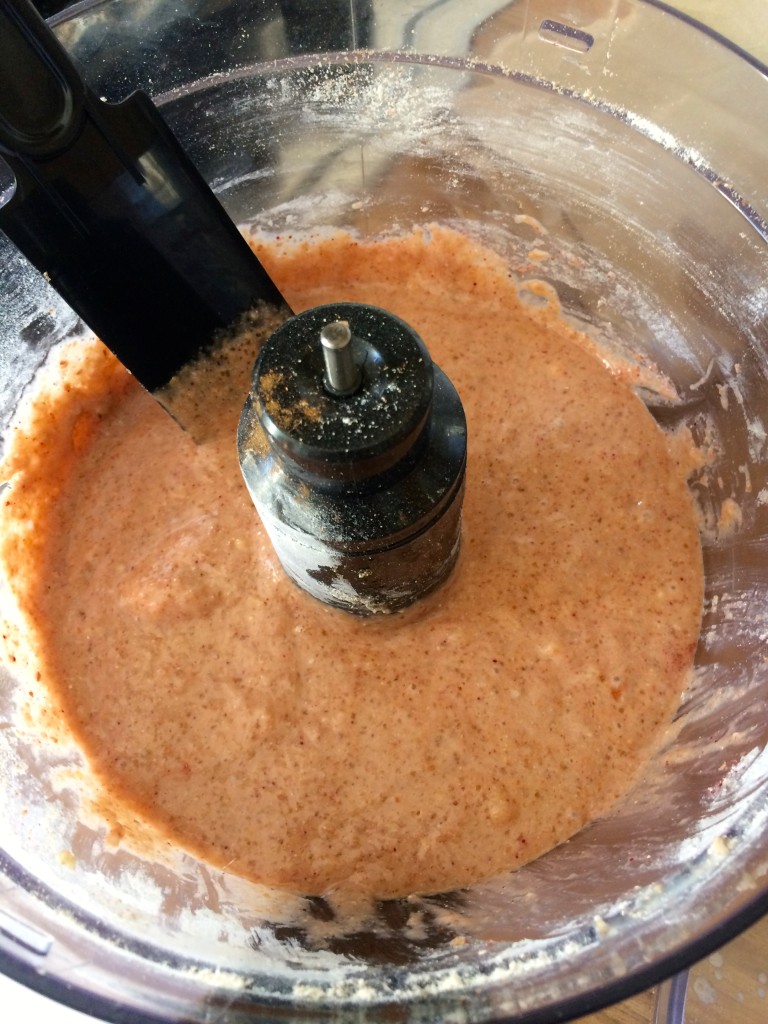 First thing is to make the almond butter if you don’t have a jar of it handy. The beauty of the two recipes is that they both use the blender and you don’t have to clean up in between. Pop the almonds into the food processor and pulse until they form a fine powder. Add the oil, honey and salt and blitz until everything is smooth and creamy. Transfer most of the butter to a jar, leaving 4 tbsp in the blender. Pop the jar in the fridge to harden a little and use for whatever you fancy. 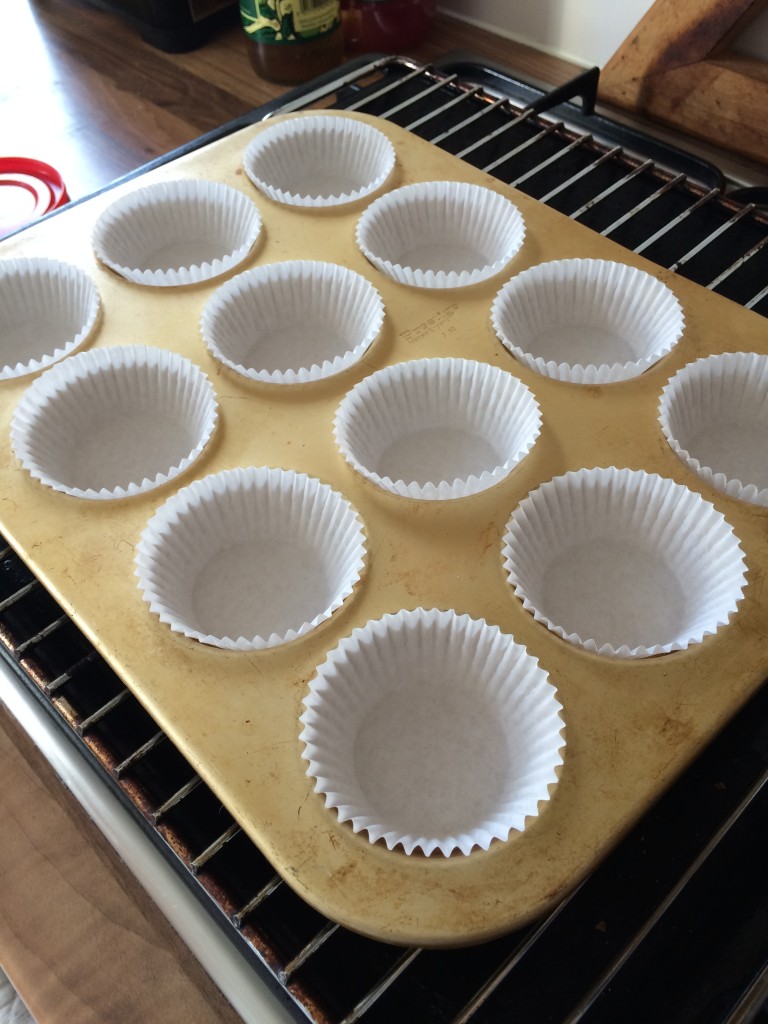 With the almond butter already in the blender, peel the bananas and pop them in too. Add the flours, oil, sugar, flaxseed, milk, bicarb, cinnamon and salt and blitz together until combine. A few lumps of banana are fine, if not great. 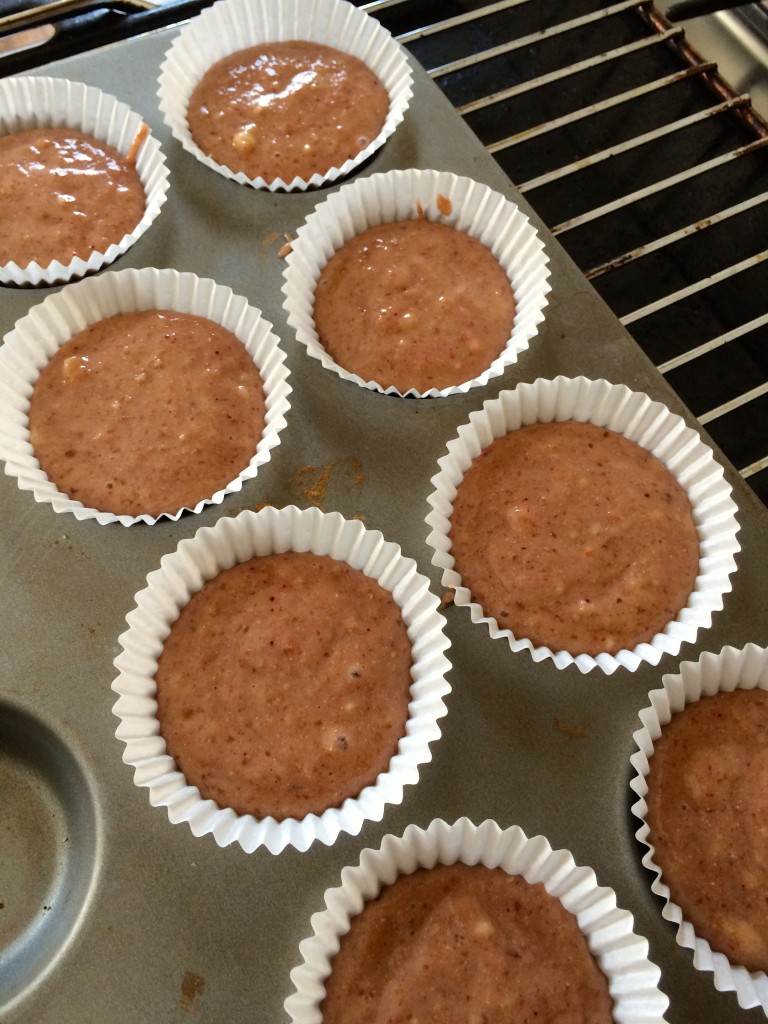 Line a muffin tin with paper cases, spoon in your mixture and bake for 20-25 minutes at 180C. This made 20 cupcake-sized cakes, but would probably make around 12 larger muffin-sized cakes. 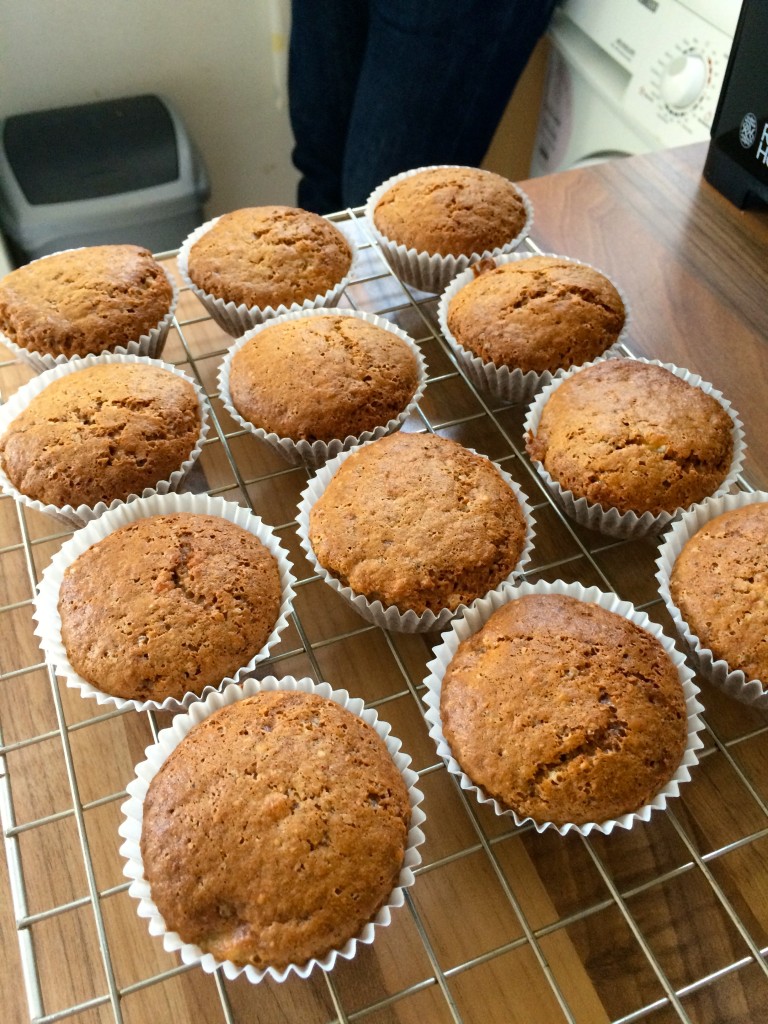