I pottered around the kitchen yesterday afternoon fitting in a couple more recipes – it’s almost the end of my year of cooking!

The mixed mushroom tart cheered up a solo Sunday lunch time, especially with all the parsley I put in it. 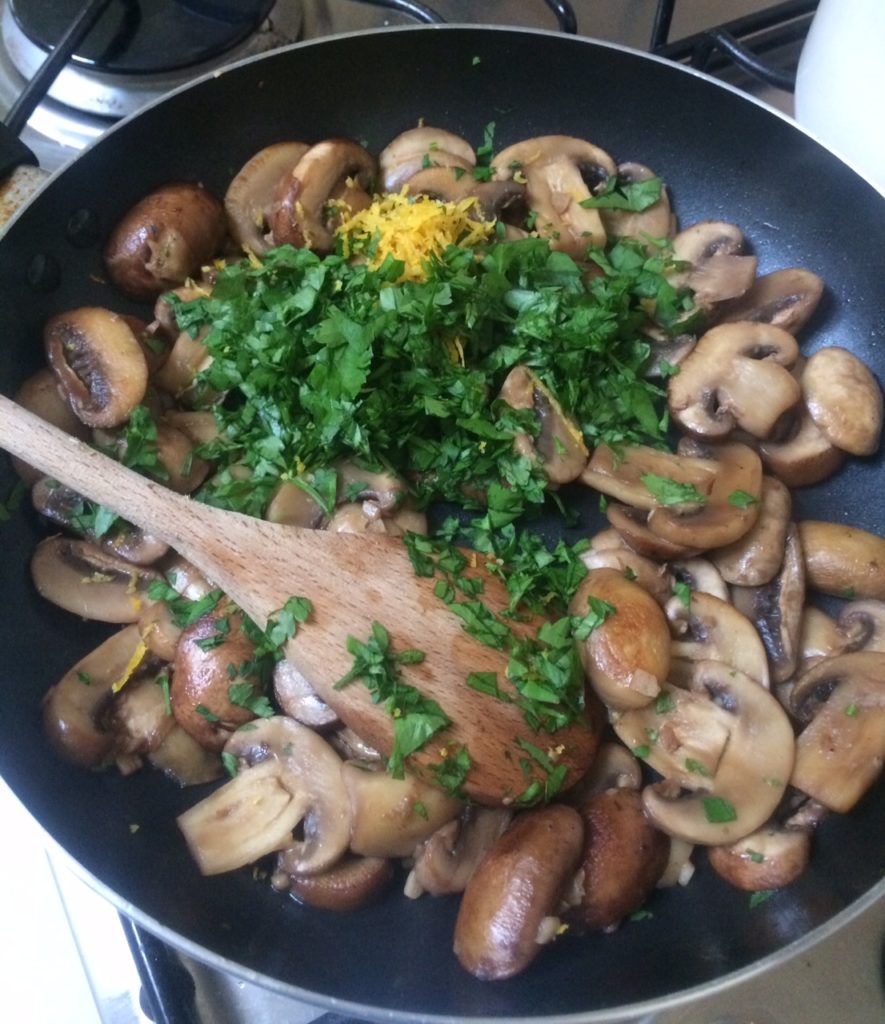 I think I’ve got the knack of frying mushrooms now – pop them into a hot buttered pan and let them sit for a bit before doing anything with them, letting them go golden in parts and stopping the sogginess.

Simple add parsley and lemon zest to the cooked sliced mushrooms and sit the mixture on top of a sheet of puff pastry. The recipe called for breadcrumbs and parmesan in the mix, but I had neither, so went without the breadcrumbs and dotted some goat’s cheese around the mushrooms instead. 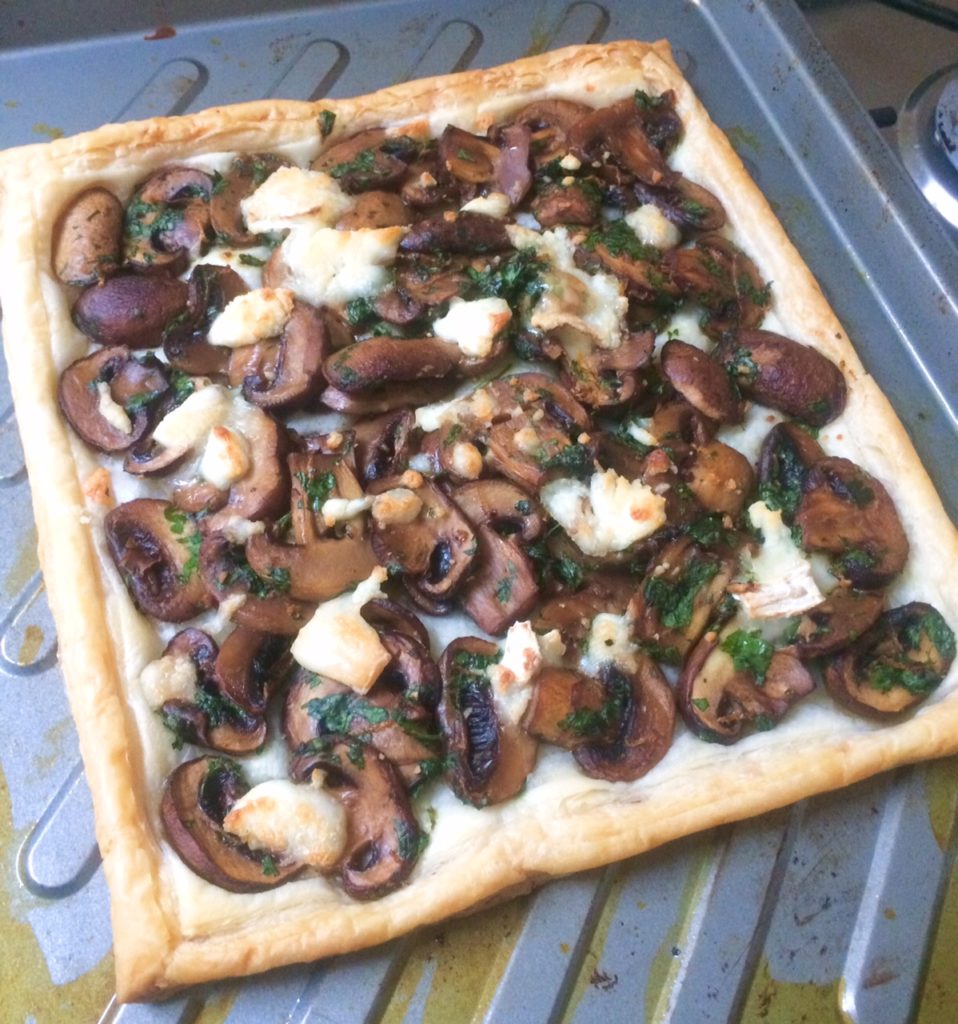 A really simple and tasty tart. 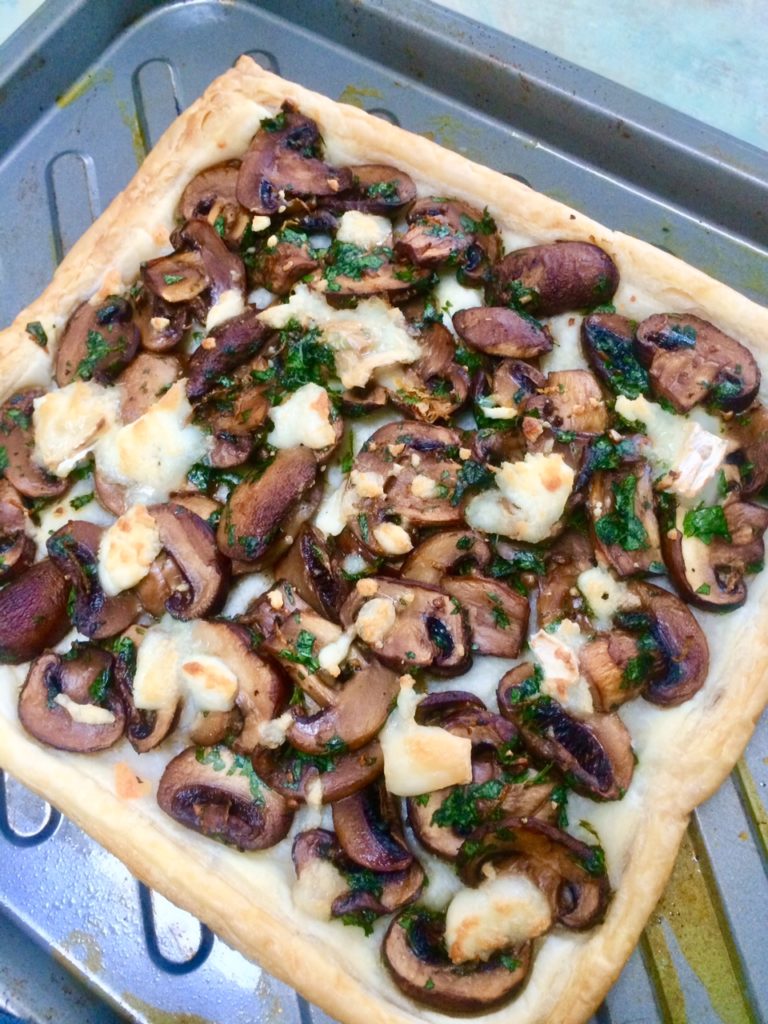 Now for something a little more Christmassy but equally as simple – baked apples. I think I used to have baked apples a lot when I was younger but haven’t had them in a long long time. The River Cottage Everyday book makes a great suggestion, substituting the brandy-soaked dried fruit for mincemeat – perfect! A little butter in the cored apples (a lot harder to do without a corer) and a dollop of mincemeat inside too, and baked on a low heat for around an hour. 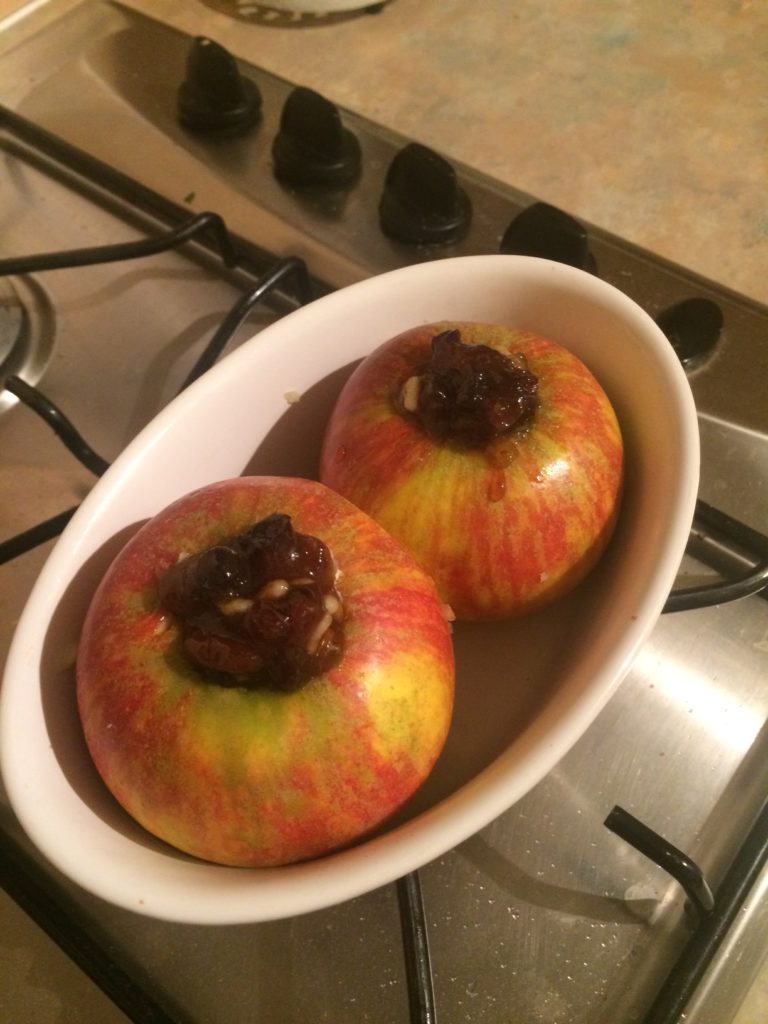 I’d show you a picture of the baked version, but one of my apples exploded. Still edible of course, but not so picture-worthy. Apparently scoring the apples round the middle prevents this from happening. I ignored that part of the recipe….