Advent calendar time is here so I thought it was about time I added some more recipes on here. Just two today, and easy ones. With just my iPhone, my pictures do tend to get worse at this time of you, as the natural light just isn’t there to bring my pictures to life. Apologies!

The first recipe was a roasted aromatic whole fish that I really enjoyed. 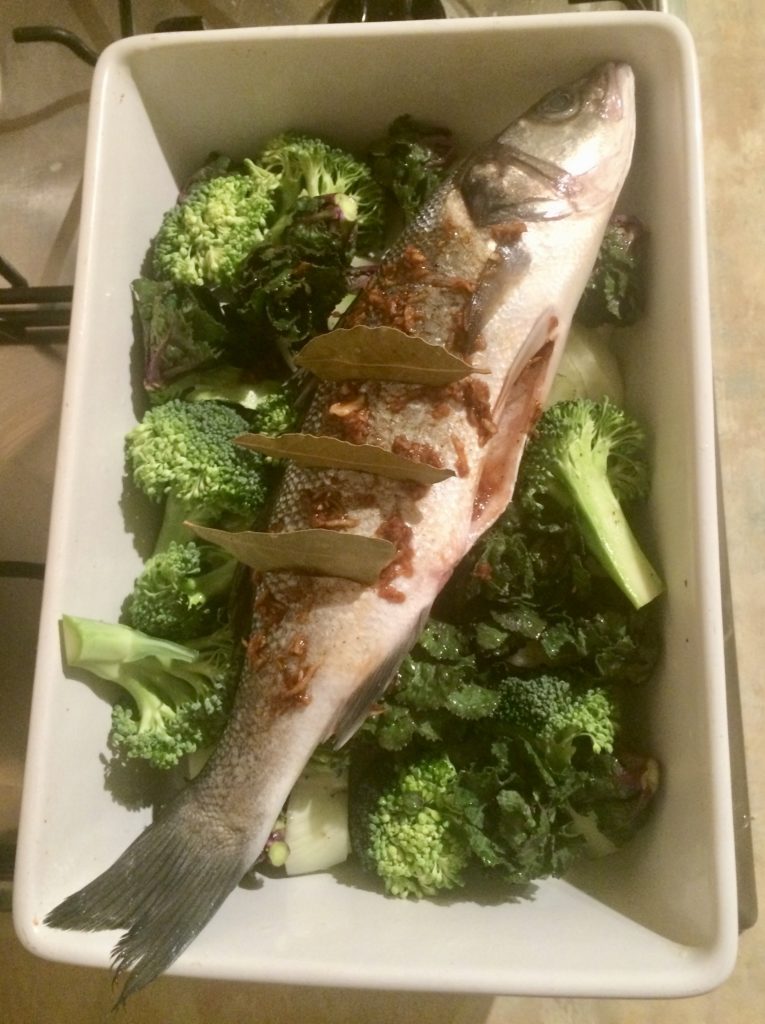 The picture doesn’t do it justice, but it was a nice fresh sea bass with a vibrant and tasty paste tucked into it. The paste was a combination of ginger, garlic, chilli, star anise and soy sauce, which was generously rubbed into the cavity and slashes in the fish. Some bay leaves sticking out looked cool, but I’m sure they added some flavour too.

I laid my fish on a bed of broccoli, baby kale and sliced fennel, which all got roasted underneath the fish and covered in the aromatic juices. An easy but quite impressive looking recipe.

The second recipe I really could have done without. I love fennel, hence the use in the fish recipe above, so the recipe for potato and fennel soup sounded appealing. What I forgot was that I really don’t like potato soup. Leek and potato is a nightmare soup for me, especially if left chunky. I know that this might cause outrage, but it’s just not for me.

The potato and fennel soup, as you can imagine, was potato heavy, and I just didn’t enjoy it. I hate wasting food so I worked myself through the 3 or 4 servings of it, but I’m sure there were much nicer things I could have done with that fennel. Lesson learned.