I seem to have started a collection of more unusual flours that I have inevitably used once for a recipe then been stumped as to what to do with them since. Brown rice flour, gram flour and rye flour to name a few. Since flour has a much shorter shelf-life than I usually anticipate, I felt like it was time to find some recipes and use them up. And that’s where Hugh Fearnley-Whittingstall’s ‘Light and Easy‘ comes in. His most recent book is all about the wheat-free and dairy-free alternatives. I’m not usually one who buys books like these but I am a sucker for Hugh’s books and have quite a collection already.

First on my list of recipes to empty my cupboards was his linseed and rosemary crispbreads. I tweaked the recipe based on what I had to hand but they have turned out lovely. Crisp, crunchy and with bags of flavour. 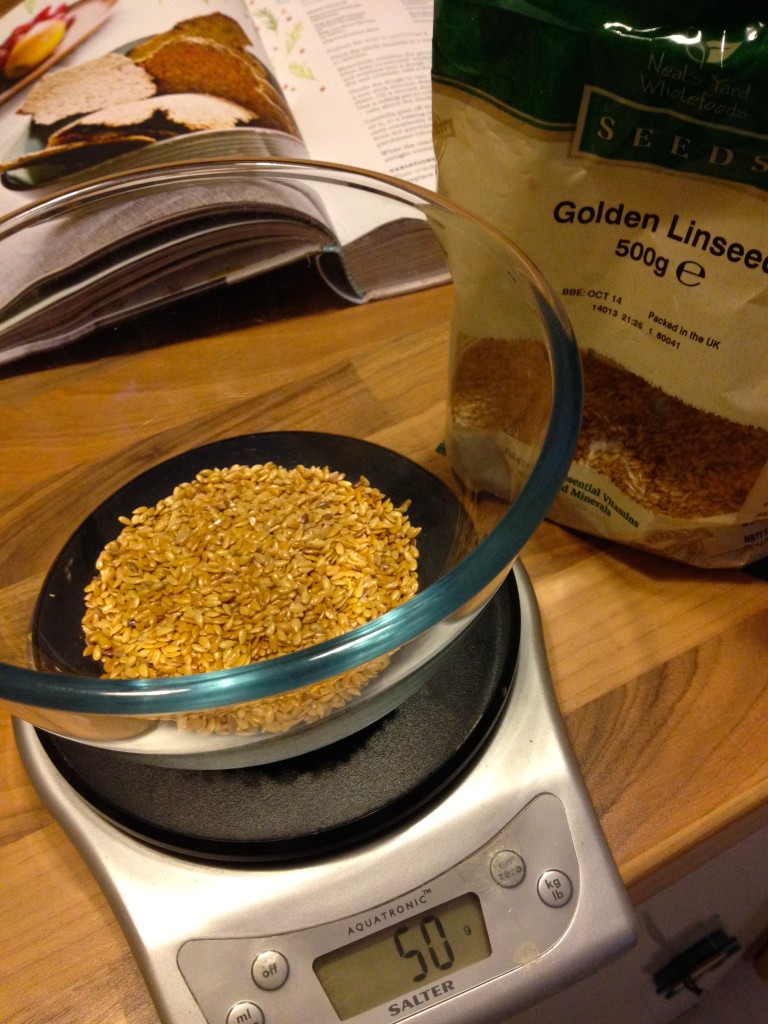 Boil the kettle and put the oven on to 170C. Put the whole linseeds into a bowl and top with 100ml boiling water, then set aside for 10 minutes. Combine the ground linseed, flours, cumin, rosemary and fine salt in a bowl. When the linseeds have had their 10 minutes, add them to the bowl too, with their water. Mix into a dough that should be quite stiff. Oil 2 equal-sized pieces of greaseproof paper with a little sunflower or rapeseed oil. Divide the dough in half and pop one half onto one of the oiled papers, placing the second sheet of paper, oil side down, on top. Roll out the dough between the sheets of paper until it is super thin, just the thickness of a linseed. Peel off the top layer of paper and transfer to a baking tray. Repeat with the other half of the dough. When they are both done, sprinkle a bit of flaky sea salt on top and bake for 20 minutes. They will start to curl up and brown round the edges.

Remove after 20 minutes and leave to cool. You will hear a wonderful popping noise as they crisp up and curl out of the oven. Break into chunks to serve. They will keep in an airtight container for up to 2 weeks. 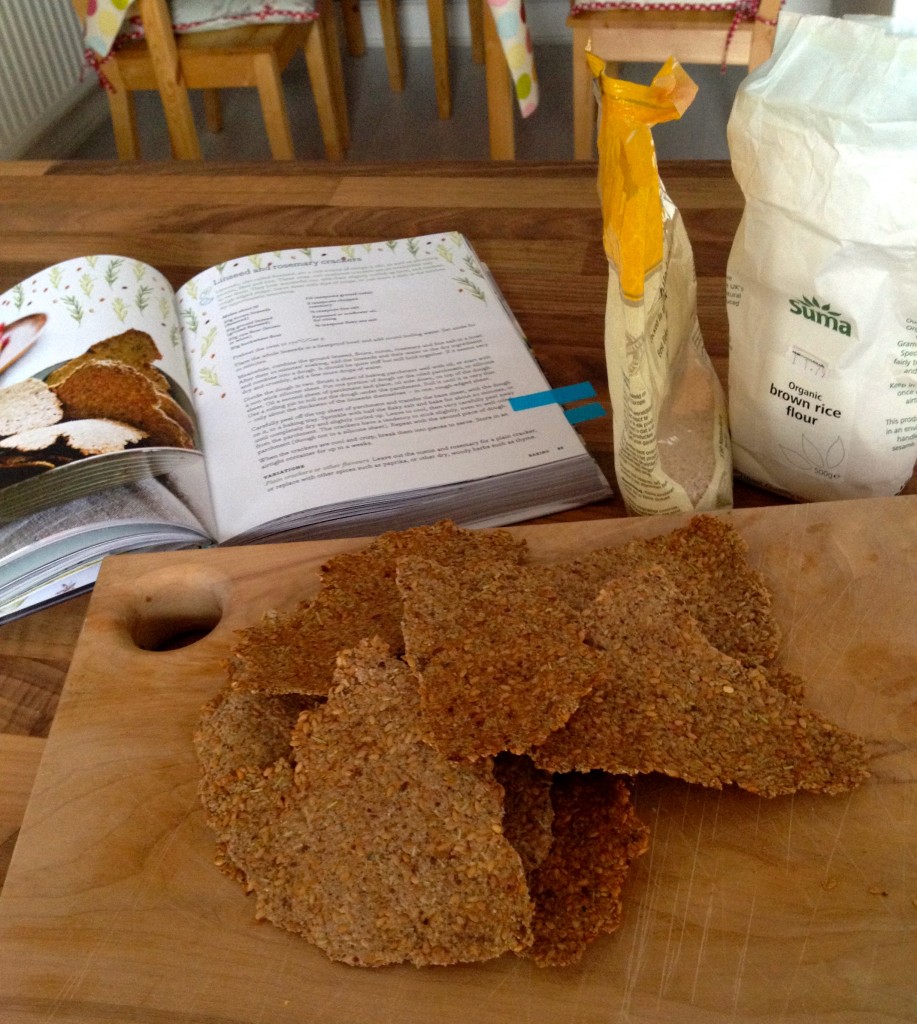 Using buckwheat flour will make these crackers gluten-free, I was only using what I had. I always have linseeds (aka flaxseeds) in the house as I put them on my porridge in the morning. They are a fantastic source of omega 3 and soluble fibre and I have mentioned them before in ‘top seeds‘.