Looking back to the past few weeks, I’ve made quite a few recipes from the River Cottage book, so I’ll do a little catch up from the start of February. 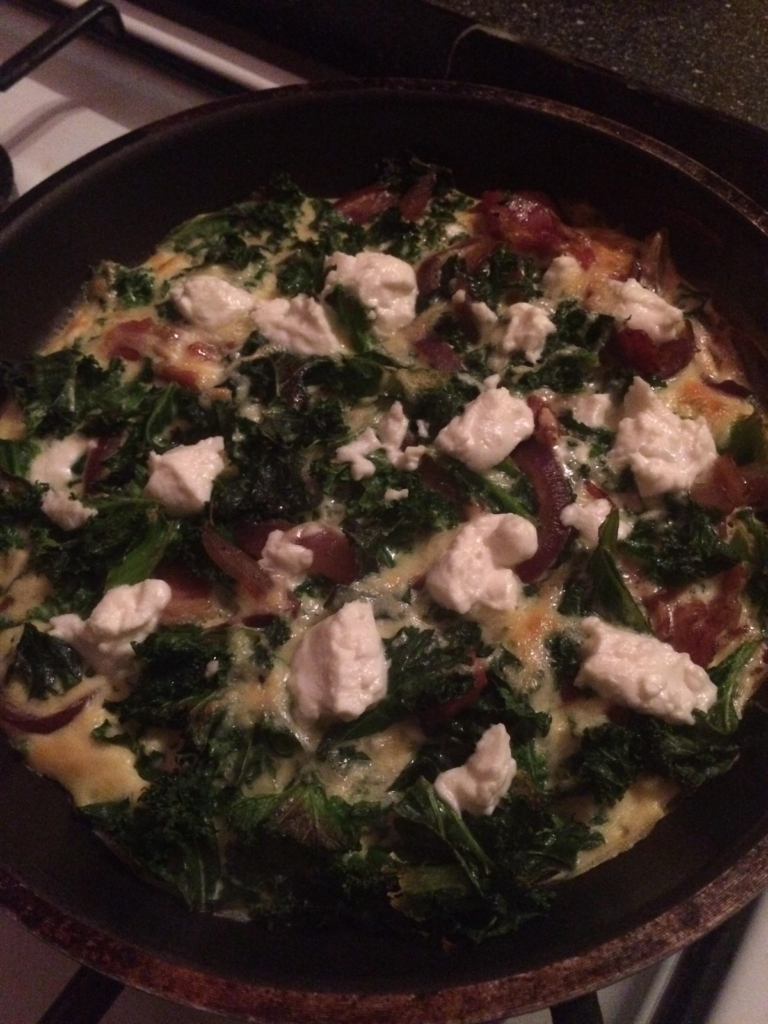 First off for a quick mid-week meal, was a goat’s cheese, bacon and kale frittata. Frittatas have featured heavily in the last few weeks, mostly because they’re so easy and I always have eggs in the house. This one was particularly nice, and I substituted the suggested spinach for some kale.

Rhubarb is coming into season, so I picked some up and made an orange and rhubarb smoothie as a healthy snack. A bit of sweetness came from honey and it was all thickened up with some Greek yoghurt. 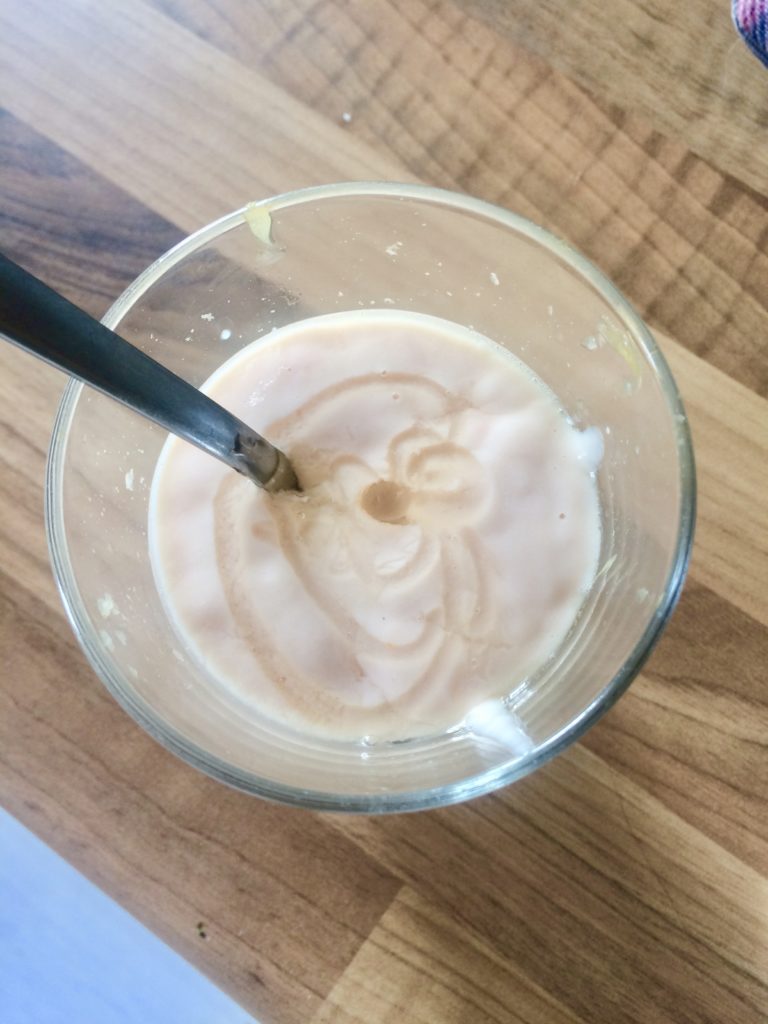 For a Sunday roast we opted for a simple chicken crown, which we jazzed up with some roasted red onions cooked in thyme and port. A really nice side for any roast meat. The roasted kale was also particularly nice, though not from the recipe book! 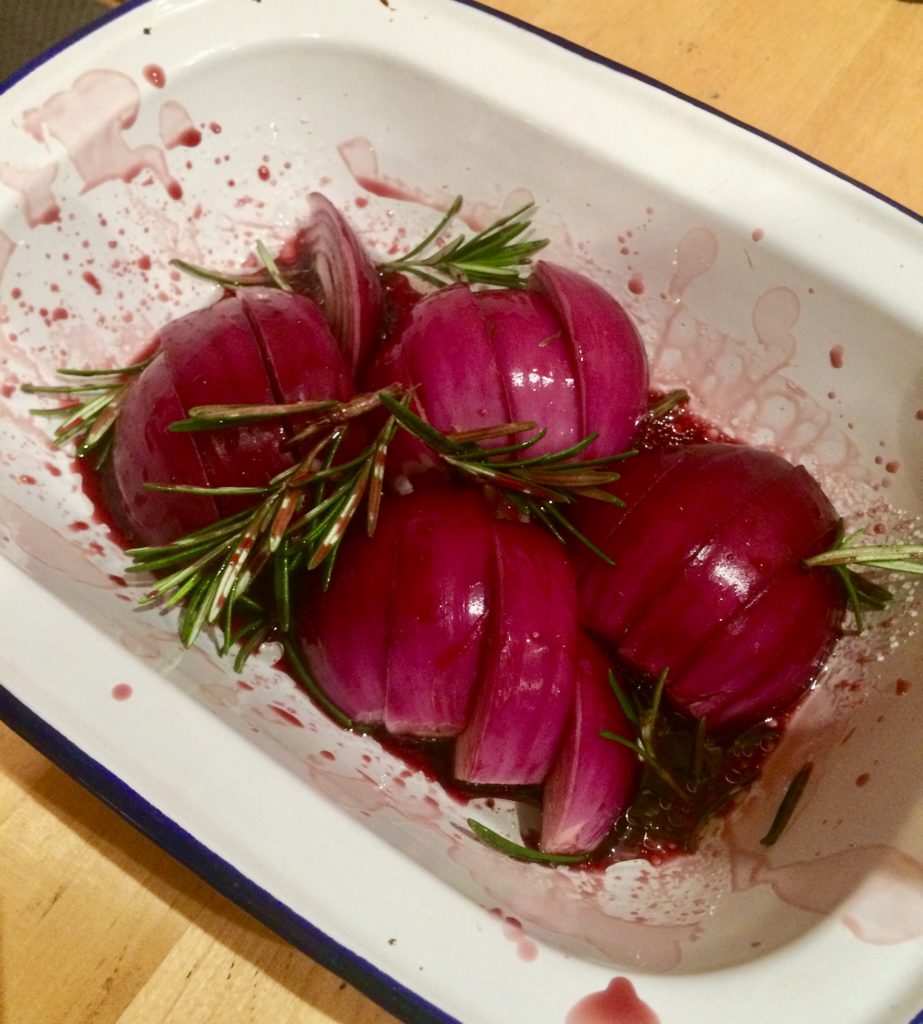 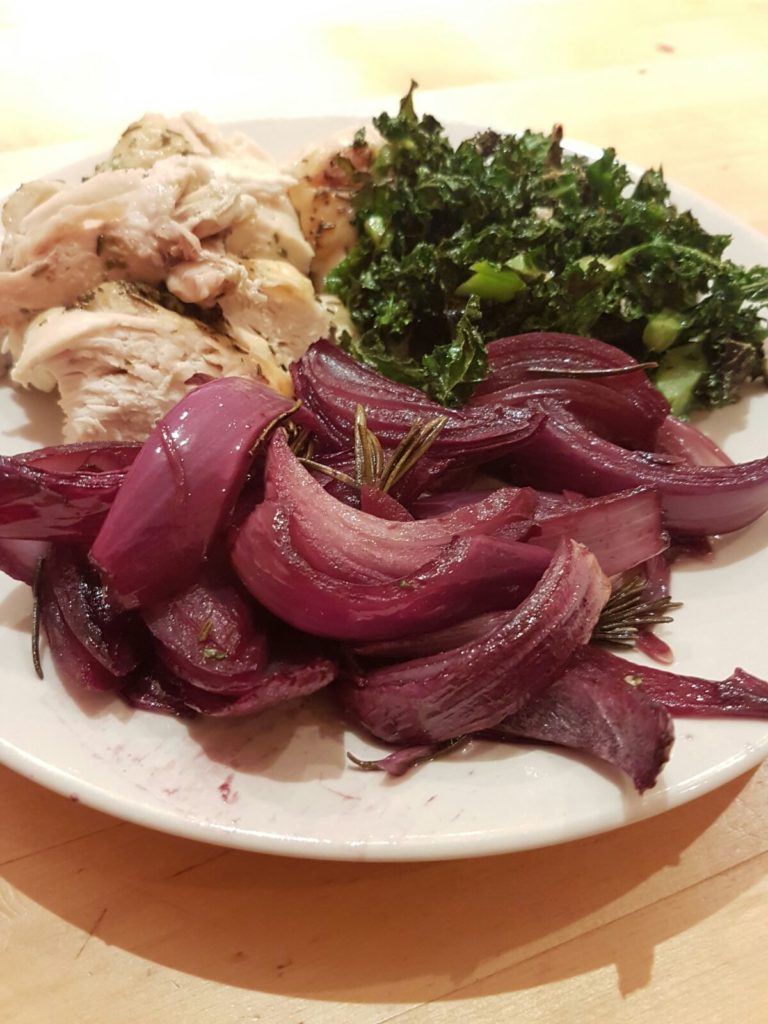 A little more time the following weekend allowed for some pizza making. The dough was dead easy to make, using just flour, oil, yeast and water. We added all the toppings and combined with a local Borders ale. A strong end to the week. 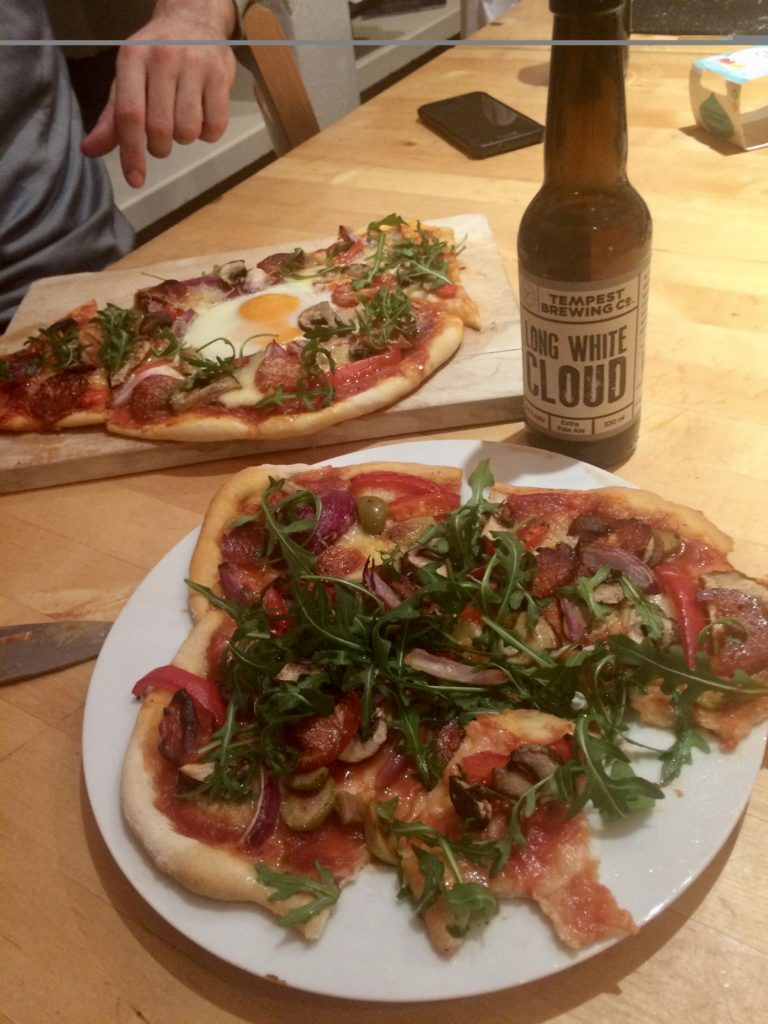 Lastly I made some treats for the office, with the caraway shortbread from the book. I used to make shortbread all the time when I was younger, but just the most simple recipe of butter, sugar and flour. The River Cottage recipe used corn flour and added a little spice with caraway – definitely a step up from the first try at shortbread. 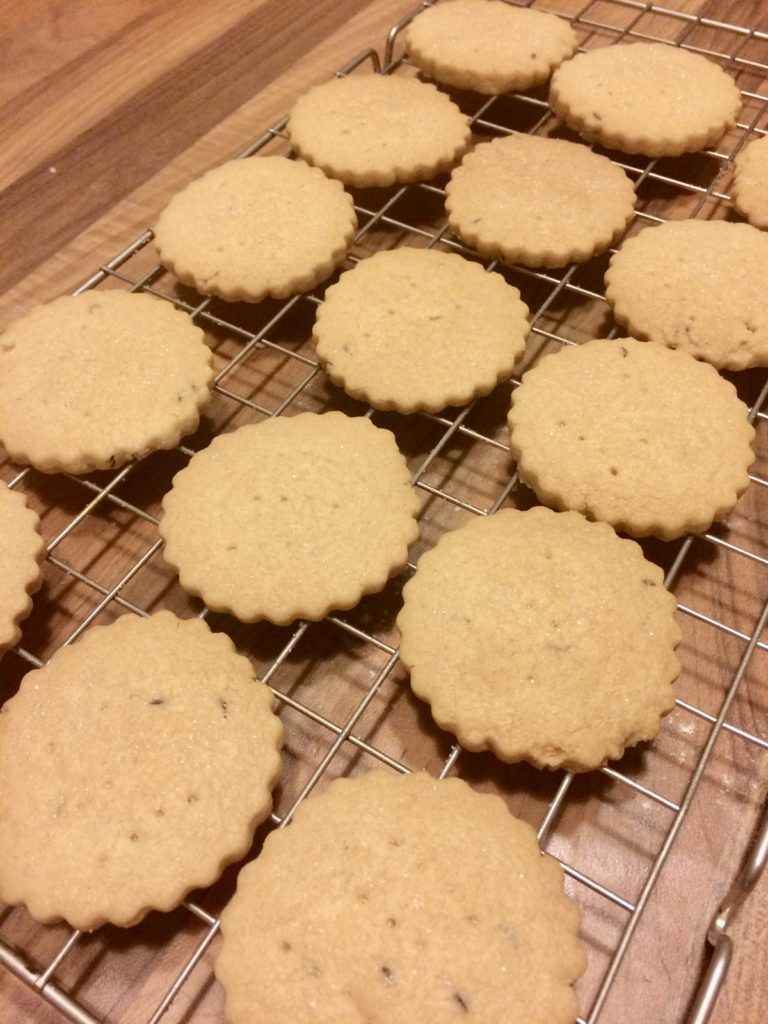