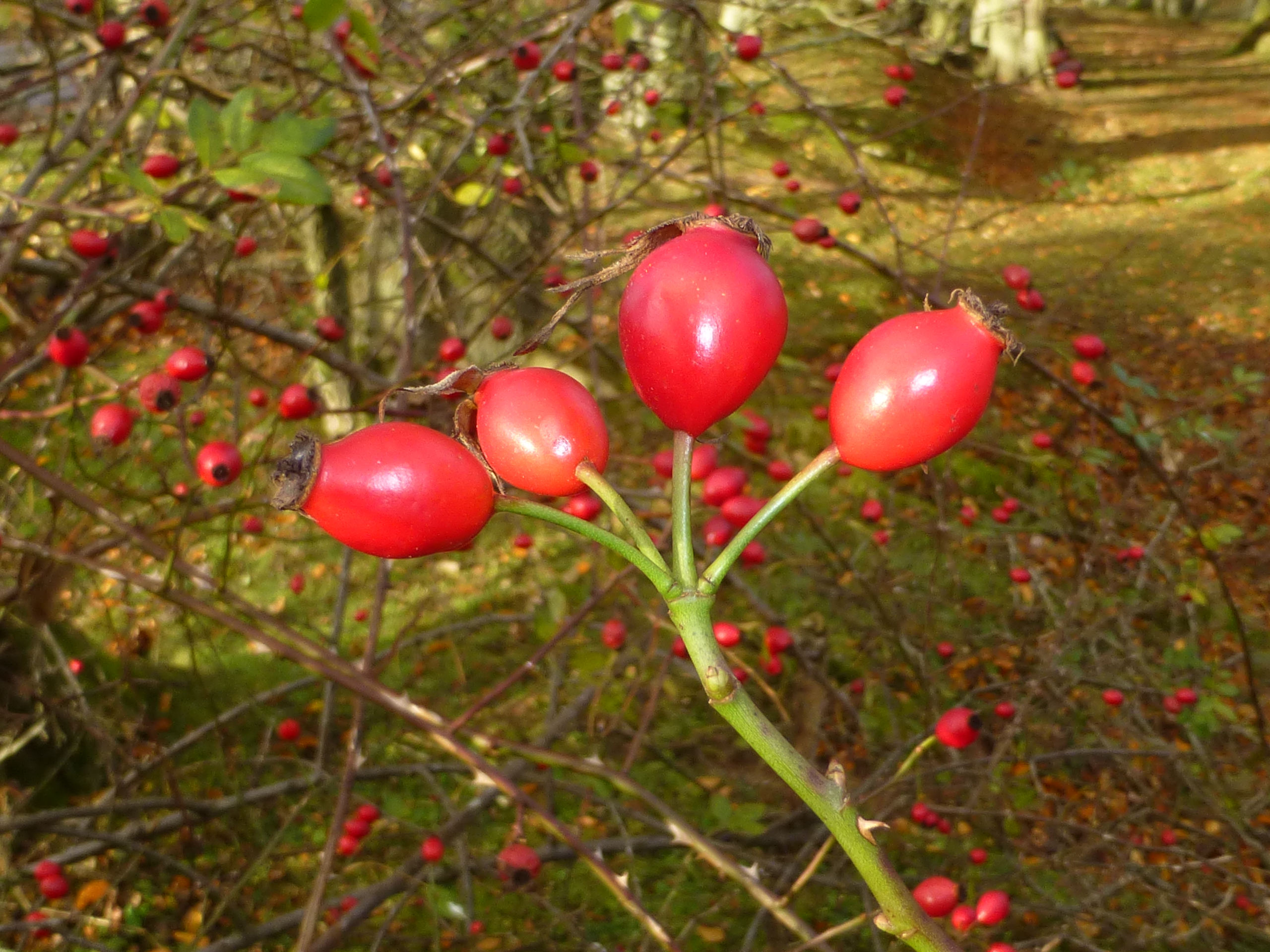 These glossy red jewels are rosehips, and you can find them in abundance in the hedgerows right now. A bit tricky to pick from their spiky bush and things can get a little sticky, but totally worth it for the beautiful red syrup you can make from them, bursting with vitamin C.

Rosehips are one of the richest plant sources of vitamin C, great for warding off colds and flu at this time of year. The brilliant red colour shows that the berry is packed full of lycopene (also found in tomatoes), a powerful antioxidant. Rosehips are used in a supplement for rheumatoid arthritis because of anti-inflammatory and antioxidant properties, reducing pain and swelling.

Sterilise a few bottles or jars by washing thoroughly then placing in a low oven to dry out and heat up. Chop the rosehips in batches in a food processor then put in a large pan with 1.25 litres of water. Bring to the boil then turn down and simmer for 15 minutes. Strain through a double layer of muslin getting every bit of juice you can. Repeat the straining step to make sure you get out all of the little hairs from inside the berries, they are an irritant used in itching powder! (remember putting them down people’s backs when you were little?!)

Measure the rosehip juice into a saucepan – for every 500ml add 325g of sugar. Heat the juice slowly, stirring until the sugar is dissolved then boil for 3 minutes, skimming off any scum. We found the best way to remove the scum was to turn our backs on the boiling liquid and let it boil over everywhere (totally kidding, not recommended!)

Decant into the prepared bottles or jars and seal. Use within 4 months and pop in the fridge once opened.

I put some on my porridge this morning. It’s also great drizzled on pancakes, yoghurt, puddings and icecream –  go boost your vitamin C and get out in the countryside! 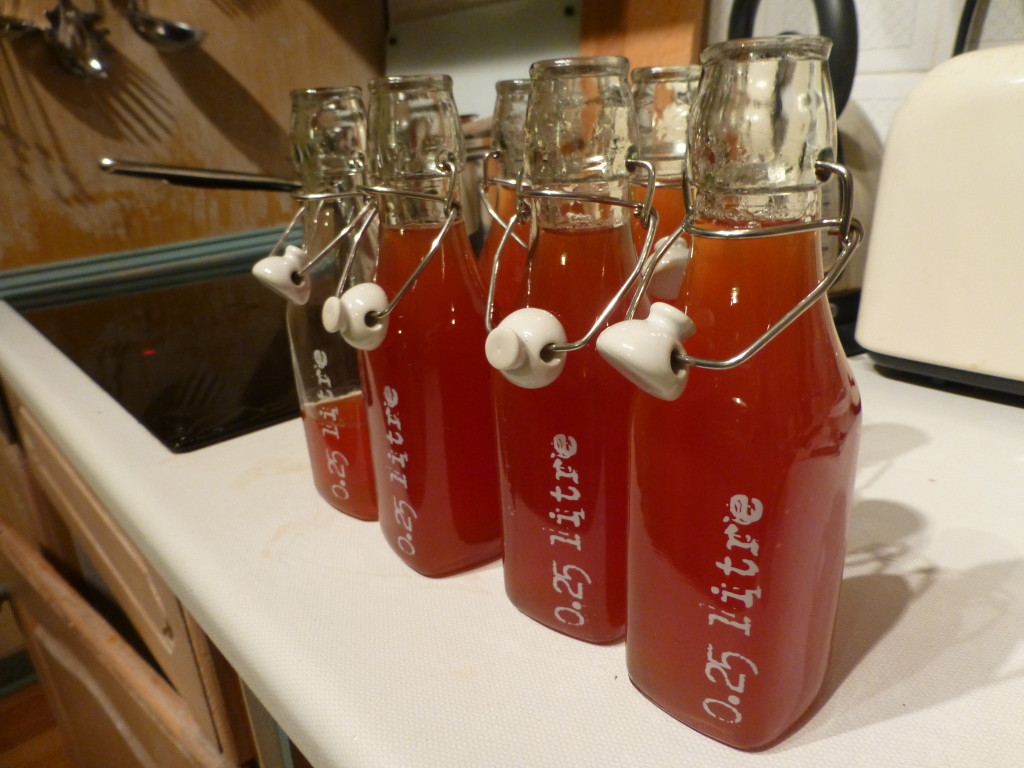