I’m a little late in sharing the last couple of recipes from the River Cottage Everyday book, but I cooked them over the festive period and they were both great.

I roasted the chestnuts myself, though they’re always a bit of a pain. Pre-cooked would be just as good and much easier. 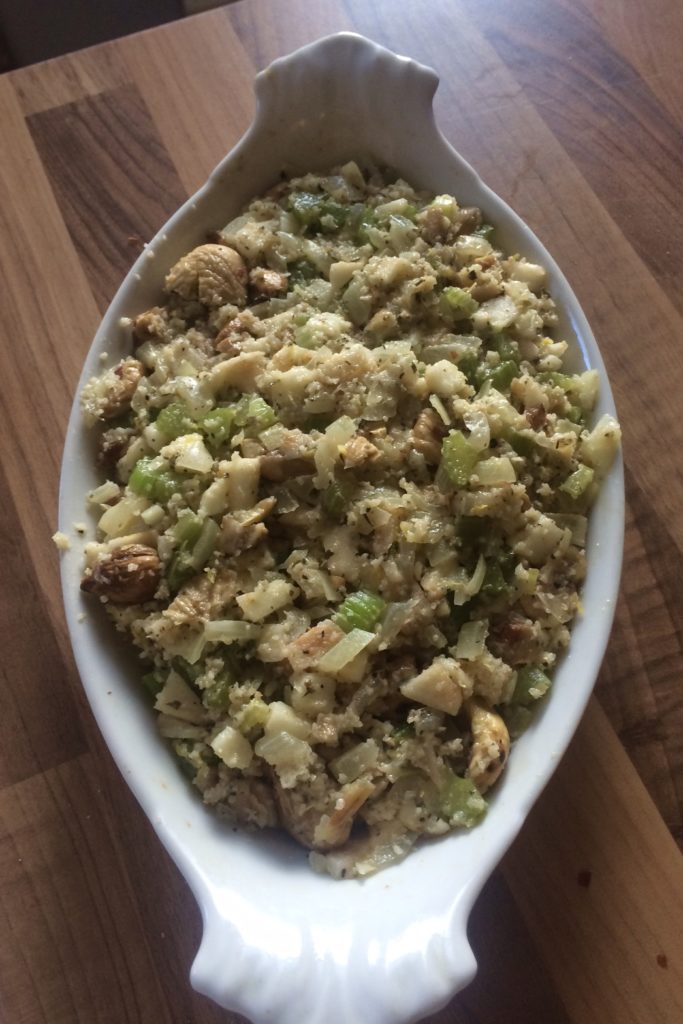 The stuffing combined onion, celery, chestnuts and some chopped apple, which gave a touch of sweetness.

We served the roast pork and stuffing with savoy cabbage and bacon, and ‘cheesy leeks’ – the boy’s favourite that he missed out on with his Christmas dinner.

The last recipe is one that I didn’t think I would do, as I wasn’t going to buy a pudding basin for one recipe. But cooking at my parents’ house over Christmas meant that I had access to a few bits of kitchen kit that I don’t have in the flat. That meant that after a couple of hours steaming in a pudding basin wrapped in greaseproof paper, a lemon sponge pudding emerged.

It wasn’t a looker, I’ll give you that, but at least it came out of the tin. Putting a layer of sugary lemon juice in the bottom of the tin before the batter meant that the top came out almost with a sauce on it, which made the rest of the pudding nice and moist. We served it will fridge-cold double cream, as instructed. 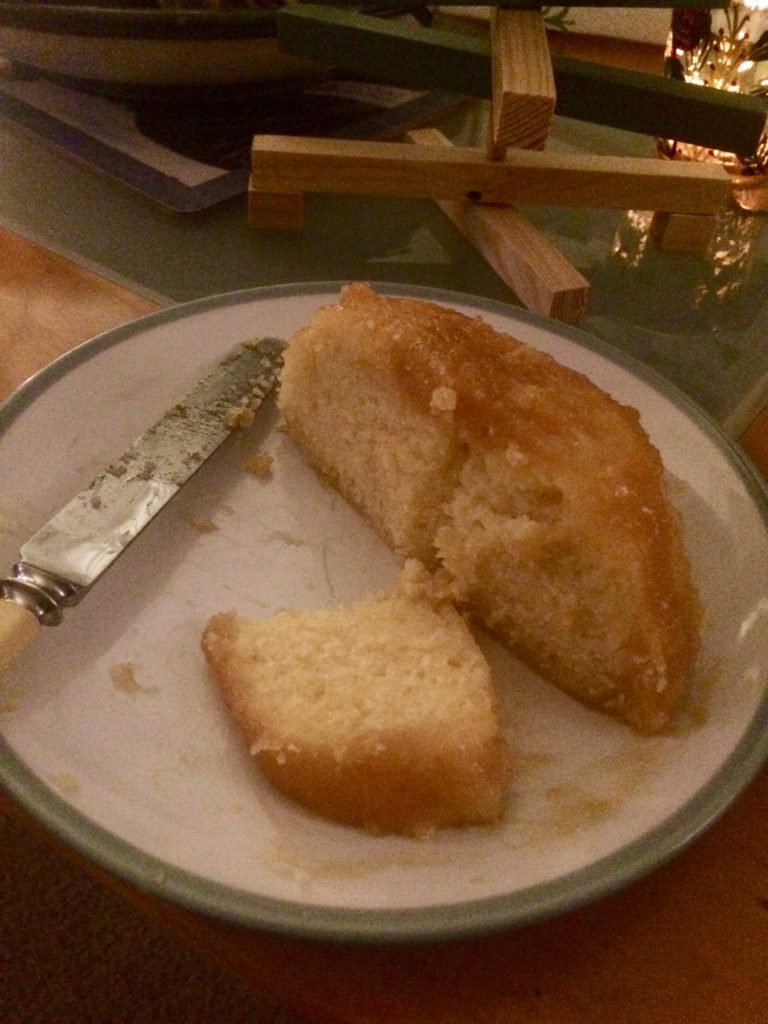