My pastry attempt would have got a big fat no on the Bake Off. I thought it was all going so well in the blind baking and it seemed like a good dough, but it all went wrong with a soggy bottom. Never mind, will just get practicing.

The pastry was for a leek and blue cheese tart, which was damn tasty despite the pastry. Blue cheese makes everything taste great though doesn’t it. 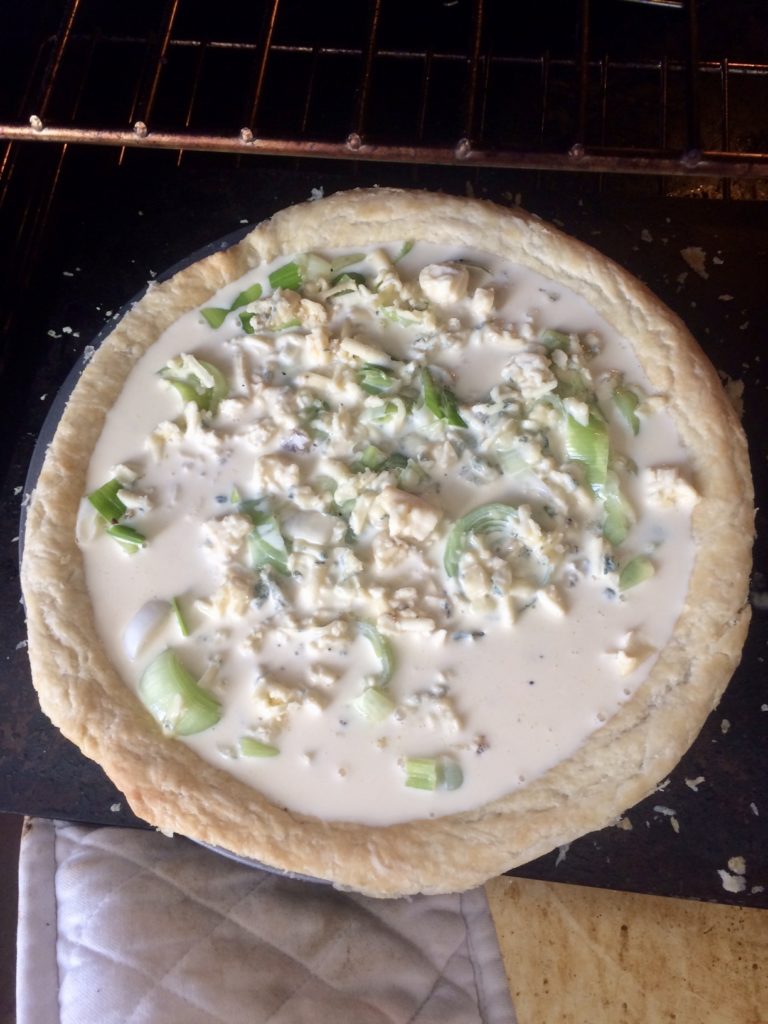 I ended up with far more custardy filling than I needed, but maybe my tart case was smaller than it should have been. I hate waste though, so that was a bit annoying. 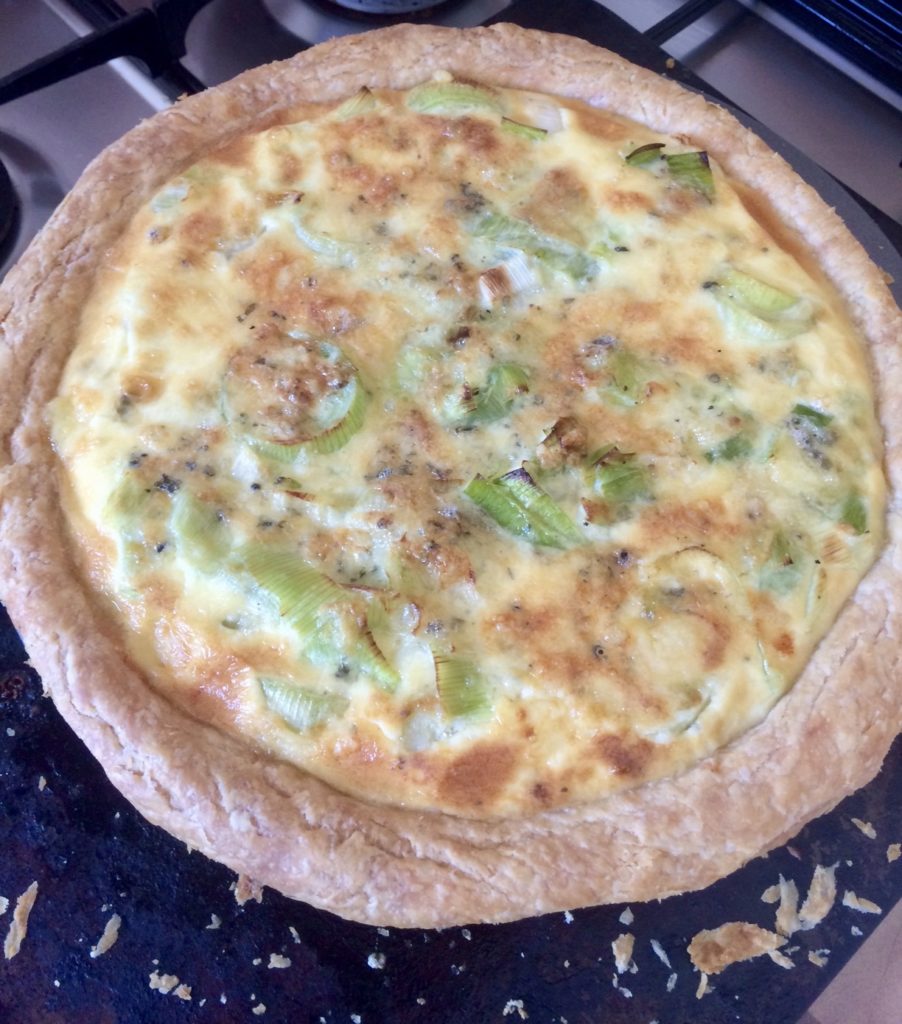 It kept well for a couple of days and made a nice lunch with some salad.

Now to something a little less veggie…sausage stew. 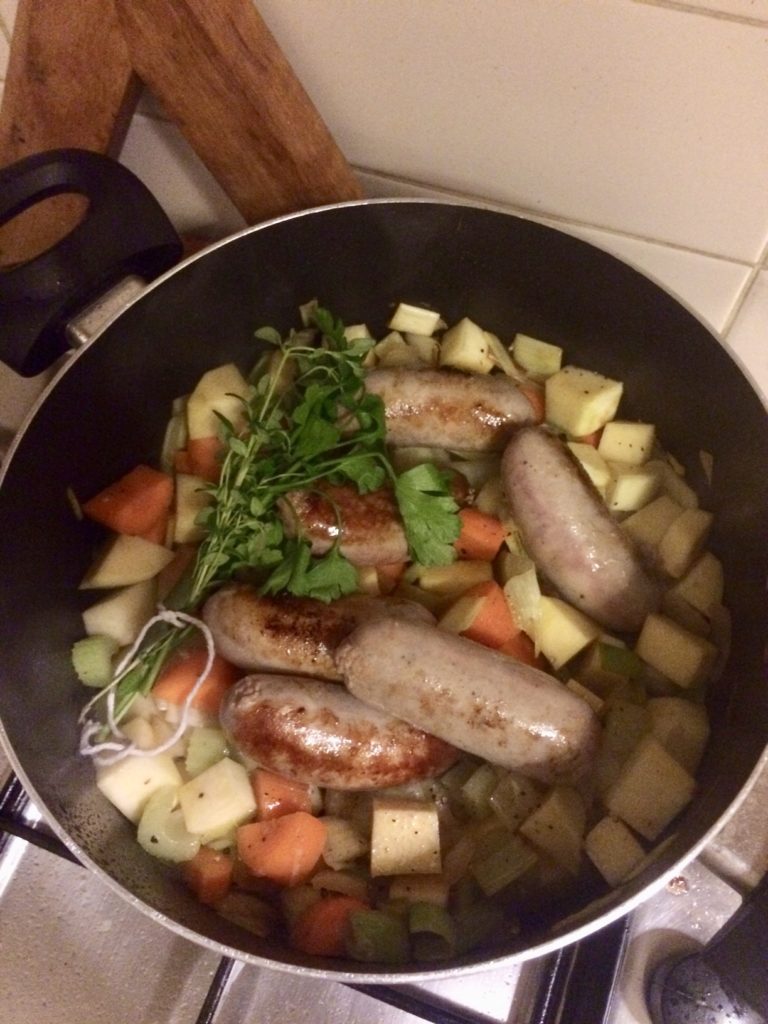 The best part was making a bouquet garni, which I’d never done before! The stew cooked for a good hour after browning the sausages a little beforehand, and we just served it as it was with a bit of bread to dunk into the juices. 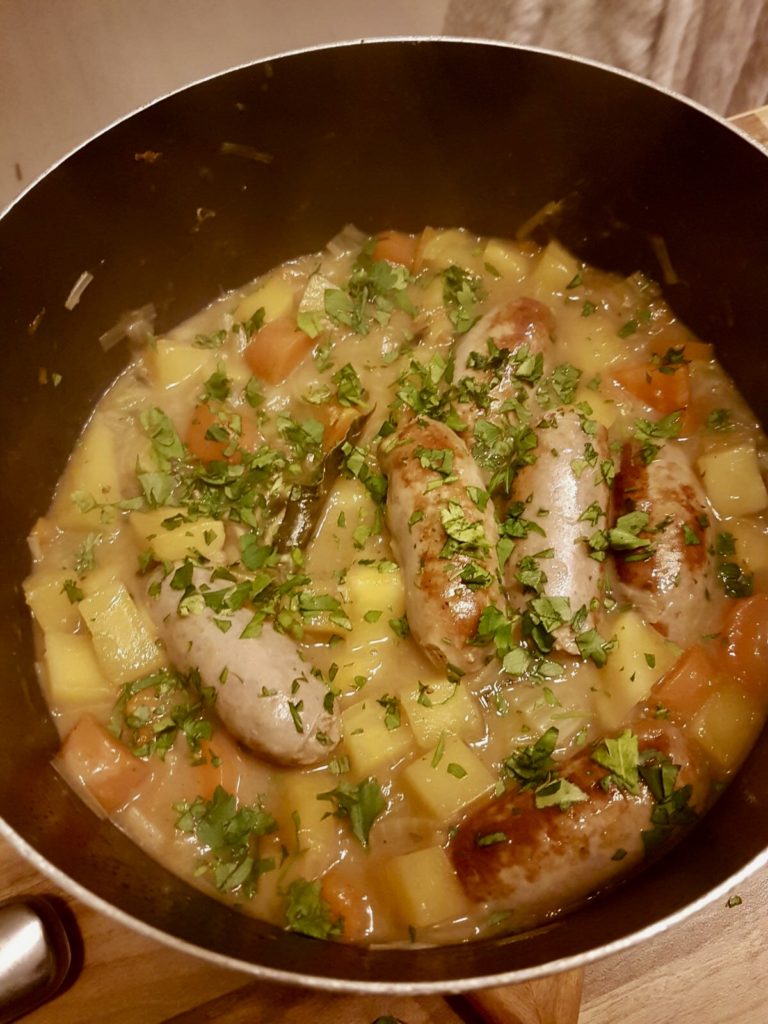 Perfect for a Friday night in.